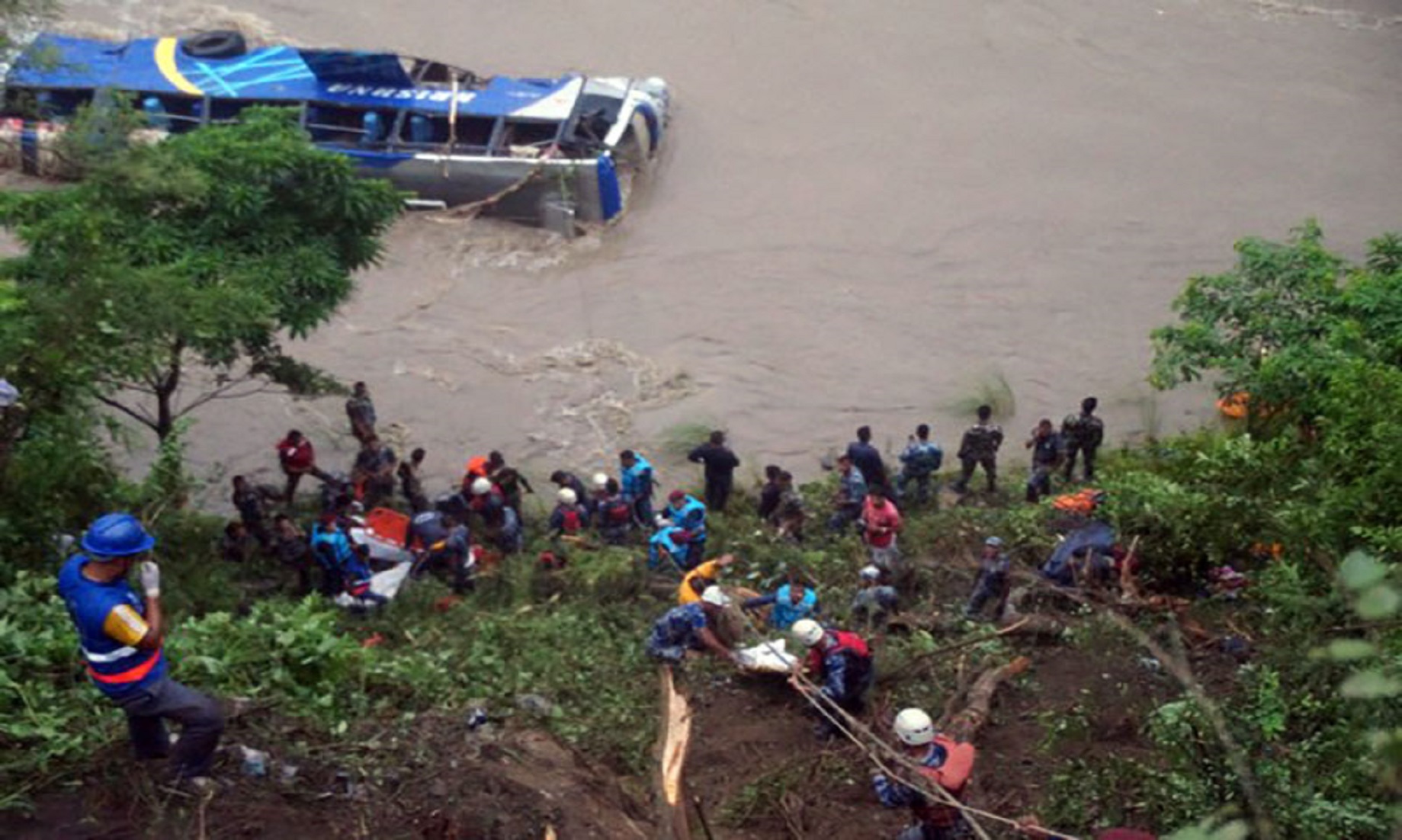 NEW DELHI, Sept 30 (NNN-PTI) – At least six people were killed and 16 others injured today, after a bus carrying them plunged into a river, in India’s northeastern state of Meghalaya, police said.

The accident took place early today, at Nongchram, in East Garo Hills, about 185 km west of Shillong, the capital city of Meghalaya.

A police official at East Garo Hills police control room, said over the telephone that, a bus fell into the Ringdi river at 12:00 a.m. local time, where six people were killed and 16 others injured in the accident. “The bodies have been fished out and the injured are admitted in different nearby hospitals.”

The dead include the driver of the bus.

According to reports, the bus, belonging to Meghalaya Transport Corporation, was being rashly driven.

“The bus was speeding when the accident happened,” a local media report quoted injured survivors as having said. “The front portion of the bus hit the side of the bridge posts and went over into the river.”

Following the accident rescue and fire and emergency service personnel were rushed to the spot to carry out rescue work.

Police have registered a case and ordered an investigation to ascertain the cause of the accident.

Deadly road accidents are common in India, often caused due to overloading, bad condition of roads and reckless driving.– NNN-PTI