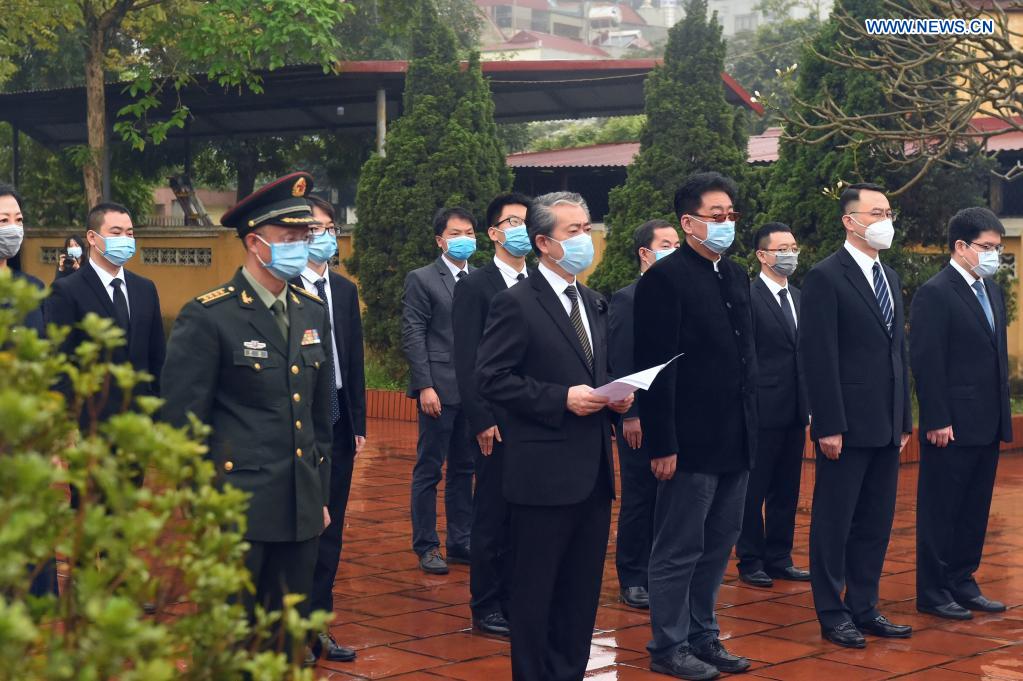 Kishi falsely accused China of “attempting to use its power, to change the status quo” in waters near Diaoyu Island, of “intensifying situation in East China Sea and South China Sea, through its coast guard law,” and grossly interfered in China’s internal affairs, related to China’s Taiwan region, said the Chinese Embassy in a statement.

The enactment of the coast guard law, which is China’s routine legislation, did not target any specific countries, and completely complied with international law and international practice, according to the statement.

China has always committed itself to working with all countries directly concerned with South China Sea, in properly handling differences on the sea, via dialogues and negotiations, and pushing forward the formulation of a substantive and effective Code of Conduct in the South China Sea, that is in line with international law, the statement read.

Diaoyu Island and its affiliated islands have always been an inherent part of Chinese territory, according to the statement.

It is Japan rather than China, that has been using its power to change the status quo in the waters near the Diaoyu Islands, and Japan should stop covering up itself and making groundless accusations, the statement read.

With regard to China’s Taiwan region, Japan is in no position to interfere in China’s internal affairs, and its far-right political forces’ provocations would only arouse memories of Japan’s disgraceful history, the statement added.

Japan should not underestimate the strong resolution, determination and capability of the Chinese people, to safeguard their national sovereignty and territorial integrity, it said.– NNN-XINHUA

Kabul Airport To Be Ready For Int’l Flights Soon: Official