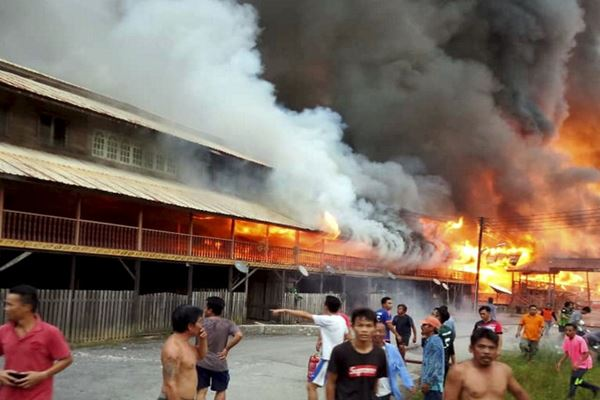 According to its chief Mohamad Meramit, the station received a distress call at 6.03 pm.

“It took about two hours for the 11-men team from the Bintulu Fire and Rescue Station to reach the scene through Jalan Bintulu-Bakun,” he told Bernama when contacted.

He said only one victim, a 70-year-old woman, suffered burns on her back as she tried to salvage her belongings in the fire. The rest escaped unhurt.

The cause of the blaze and extent of loss are still under investigation.

He said before the fire personnel arrived, the fire was brought under control by the Uma Daro, Sungai Asap Volunteer Fire Team, adding that the operation ended at 2.21 am today.