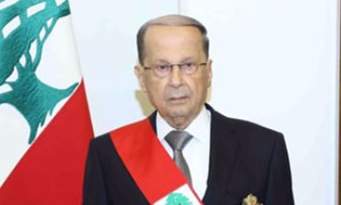 “The president’s speech included some historical facts about what Lebanon has faced under the Ottoman rule. Both the Lebanese and Turkish population have overcome this history, and they are both looking forward to the best political and economic relations in the future,” Lebanon’s Foreign Ministry’s statement said.

On Aug 31, Aoun said, the Ottoman practised “terror” against the Lebanese, especially during World War I, leading hundreds of thousands of victims to famine, conscription and forced labour.

Turkey’s Foreign Ministry hit back with a statement, calling Aoun’s words “baseless and biased” and denying that “terror” had taken place under Ottoman rule.

“The Turkish Foreign Ministry must correct this mistake, because Turkish-Lebanese relations are deeper and greater than such an exaggerated reaction. The Lebanese Foreign Ministry will follow up on the required measures that need to be taken, to prevent damage to relations between the two countries,” it said.– NNN-NNA