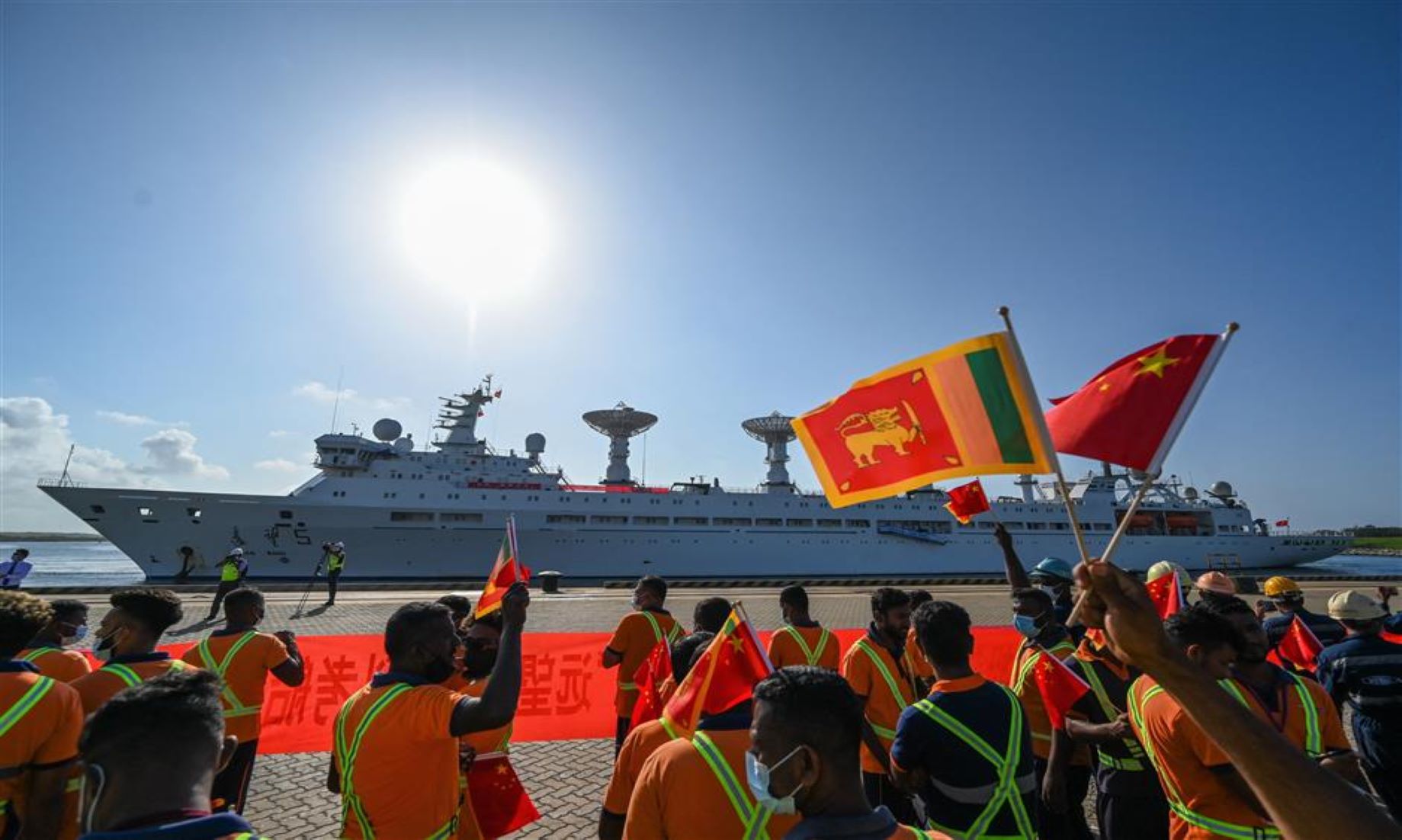 Sri Lankan president’s representative, Sarath Weerasekera, said, relationship between Sri Lanka and China has a long history, and he believes that the call of Yuanwang-5 on Sri Lanka, would help consolidate and strengthen the traditional friendly relations between the two countries.

In his welcoming speech, Liu Enhuai, chief executive officer of Hambantota International Port Group and chief representative of China Merchants Group in Sri Lanka, said that, as an international gateway port, the Hambantota port has always welcomed and been committed to providing professional services to vessels of all countries.

Zhang Hongwang, captain of Yuanwang-5, said, Yuanwang-5 is on a maritime tracking mission, with the long-term control task for Wentian, a lab module of China’s space station.– NNN-XINHUA