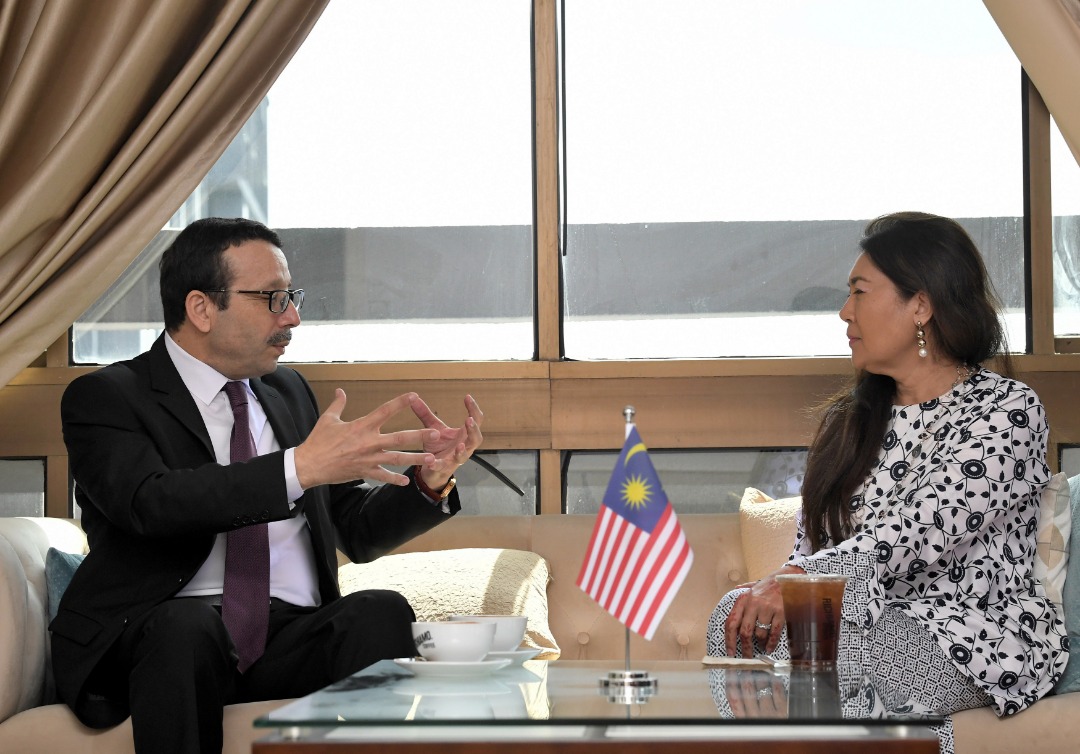 KUALA LUMPUR, July 5 (NNN-Bernama) — The people of Algeria commemorate today, July 5th, the sixtieth anniversary of its glorious independence day, the crowing of the heroic, strong, long and bitter struggle against colonialism, occupation and domination and for the recovery of national sovereignty of Algeria, a several-thousand-year-old country and whose roots are deeply anchored in history. July 5th was, also, the culmination of a great battle for freedom, dignity and fundamental human rights.

For its liberty and national independence, Algerian people have paid a high price and made great sacrifices. More than 1.5 million of our heroes died so that our beloved Algeria lives free in peace, dignity and prosperity.

Today is a great opportunity to celebrate our great victory, dignify our vast achievements and successes and honour our brave and valiant martyrs and Mujahideens, who fought resolutely against the abject coloniser who mobilised all means of massacre, brutality and destruction.

This sacred day is, also, a big moment to meditate on the ideals and sacred national principals and to confirm our full respect to our martyr’s oath and attachment to building a strong, united, prosperous and respected Algeria.

This day served as a source of radiation of human values. Algeria supported the liberation movements and the just struggles of the peoples to defeat colonialism, occupation and racial discrimination and to recover their basic rights and their freedom in Africa and around the world.

Guided by the sacred principals of justice and self-determination, Algeria strongly supports the Palestinian just cause in order to end the occupation and establish an independent Palestinian state with East Jerusalem as its Capital and the inalienable right of the Saharawi people to self-determination, through the organisation of a free and fair referendum to allow them to determine their political future.

Since its independence, Algeria has made significant progress and achievements in all fields of development to meet our aspirations and expectations for a better life and well-being. Great efforts and important reforms were made to further strengthen the economy, reinforce the financial capacities of the country, create jobs and improve living conditions in terms of housing, education and health care of the Algerian people.

The 54 commitments of Abelmadjid Tebboune, President of Algeria, aim to build the new Algeria, stronger and prosperous. The democratic renewal of the entire institutional structure of the country has been enabled, capacities of our industry and agriculture are being improved and reinforced, hundreds of thousands of medium and small-sized companies are being created and huge infrastructures consolidated.

Economic recovery is one of the major priorities of President Tebboune. 2022 will be the year of economic upturn in a new Algeria that counts on its potential to remain open to cooperation with all partners based on common interests.

Recently, Algeria is considering the draft of a new law that provides measures to implement the commitments of the President of the Republic to the improvement of the investment climate and ensure appropriate conditions to free initiatives and to enhance and diversify the national economy.

Under the leadership of President Abdelmadjid Tebboune, Algeria is strengthening its position as a major key player in the stability and establishment of peace in the region and remains at the heart of the international scene. Our foreign policy, based on the principle of non-interference in the internal affairs of states and on the spirit of friendship, good neighbouring and cooperation, allows us to deal with security threats in Africa and the region. My country, due to its internal stability and democratic environment, is exporting peace and security – mainly to neighbouring countries.

Moreover, the achievements of Algeria in the fight against terrorism, crime and different scourges such as drug trafficking and smuggling, empower it to be an essential actor in Africa.

Algeria has been involved in several mediation endeavours in the region’s conflicts and crises and is making efforts to stabilise the region and resolve those crises by addressing their main causes and defending the high values of dialogue, negotiation, mutual trust, respect and cooperation.

The next Arab Summit will be hosted by Algeria on November 1st and 2nd. We are looking forward to strengthening the Arab League and providing a basis for the joint Arab action in a new spirit.

Algeria is also playing an active role in the Non-Aligned Movement, the Organisation of Islamic Cooperation and in the African Union,  stressing its commitments to preserve and defend the principals of peace, security, justice, friendship and mutually beneficial cooperation.

As to the bilateral relations, we would like to take this important and joyous opportunity to highlight the excellent and cordial ties that bind Algeria and Malaysia. Malaysia is a friendly country and the relationship linking our two countries is based on cooperation and mutual respect and understanding.

We share the same desire to enhance our nation’s development and construction and to ensure the sustainable wellbeing and prosperity of our people. We also share the same values and objectives and the common commitment to consolidating multilateralism, upholding international law, promoting the peaceful settlements of disputes and conflicts and making the world safer, secure and more flourishing.

On this great occasion, we would like to express the full willingness of Algeria to work closely with the Government of Malaysia to further strengthen and diversify our bilateral relations that happily unite our two countries as well as to promote the investments and the commercial and economic exchanges between Algeria and Malaysia for the benefit of our two brotherly peoples.

Long live Algeria and Glory to our valiant Chouhada (Martyrs)