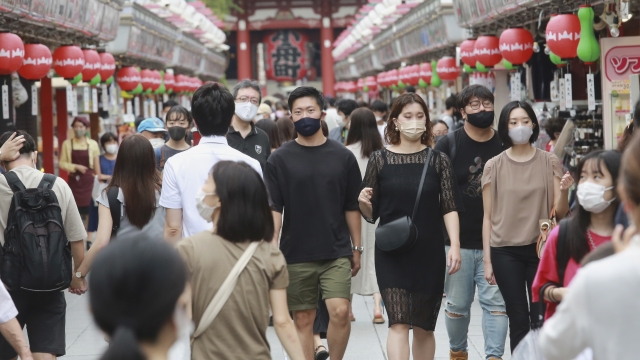 TOKYO, Dec 1 (NNN-NHK) – Japan began today, to administer COVID-19 booster injections, to people who finished the full two shots at least eight months ago, amid increasing concerns over the new Omicron variant of the COVID-19, the government said.

The third dose of the vaccine developed by Pfizer and BioNTech SE were provided to health care professionals across the country. The elderly and others are expected to receive booster injections from Jan.

Although the effectiveness of the booster shots remains unknown against the new Omicron variant, Prime Minister, Fumio Kishida, decided that Japan will administer the booster shots as scheduled, as vaccine-induced immunity against infection was confirmed to weaken over time.

Individuals aged 18 or above will be eligible for the third injection, under Japan’s current policy, and especially those who are at higher risk of severe symptoms, such as, the elderly or those engaged in high-risk occupations, will especially be encouraged to get a booster shot.

Meanwhile, the first and second shots will continue to be administered to unvaccinated people. The government approved the Pfizer vaccine as the only vaccine to be used for the booster injection, so far. It added, booster vaccine can be a different brand from the previous injections.

The rate of population in Japan inoculated with two COVID-19 vaccine shots stood at over 75 percent, while new COVID-19 infection cases nationwide have sharply declined to only 132, yesterday, according to government data.

The Omicron variant was first reported last week by South Africa, to the World Health Organisation, which named the strain as a “variant of concern.” Japan confirmed the first case infected with the Omicron variant yesterday.– NNN-NHK

Malaysia’s Game Changing NAVi, NAVi-D Tech Will Steer The Nation To The Forefront Of The 4th Industrial Revolution 4.0 (4IR)