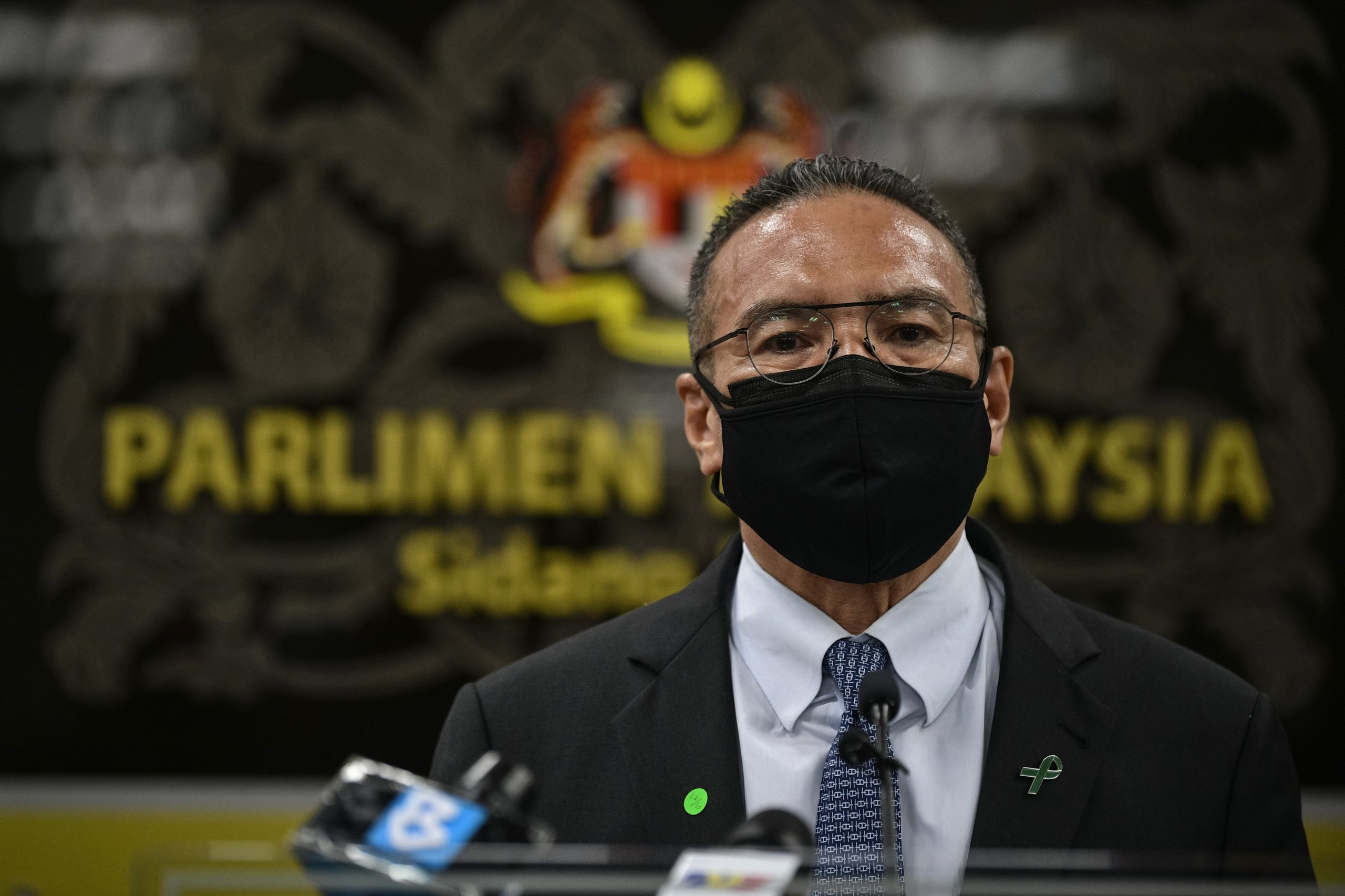 KUALA LUMPUR, Oct 12 (NNN-Bernama) — Malaysia maintains its stand that the formation of a trilateral security pact between Australia, the United Kingdom and the United States (AUKUS) raises concerns as it has the potential to disrupt peace and stability in Southeast Asia.

Defence Minister Hishammuddin Hussein said it was consistent with the stance voiced by Prime Minister Ismail Sabri Yaakob that AUKUS could provoke other powers to act more aggressively in the region, especially in the South China Sea.

“This stance has not changed even after the meeting with Australian special envoy Vice Admiral David Johnston and prior to that, I had a telephone conversation with Australian Defence Minister Peter Dutton.

“In both of the discussions, I emphasised that Malaysia does not want to be dragged into the geopolitics of the world’s big powers in the region,” he said during the Minister’s Question Time in the Dewan Rakyat (Malaysian Parliament) on Tuesday.

He was responding to a question from Mohd Nizar Zakaria (UMNO-Parit Member of Parliament) who wanted to know the government’s latest stance on AUKUS following Johnston’s recent visit.

Hishammuddin said during the discussions, he also emphasised that as an ASEAN country, Malaysia adhered to the principle of maintaining ASEAN as a Zone of Peace, Freedom and Neutrality (ZOPFAN).

“Australia must respect this principle and Malaysia’s stance on nuclear-powered submarines operating in Malaysian waters, including under the United Nations Convention on the Laws of the Sea and the South East Asia Nuclear Weapon Free Zone.

“I also said that if a warship or nuclear-powered submarine enters Malaysian waters, intends or wants to conduct military exercise with Malaysia, special approval from the Malaysian Minister of Defence must first be obtained which I will consider on a case by case basis,” he said.

To a supplementary question by Mohd Nizar on whether the government planned to utilise defence cooperation at the ASEAN level to voice concerns over AUKUS, Hishammuddin said he expected a common stand to be decided at the ASEAN Defence Ministers’ Meeting to be held next month.

“I hope what Malaysia and the countries concerned have created bilaterally can help us look into how we can balance the big powers in our region,” he added.