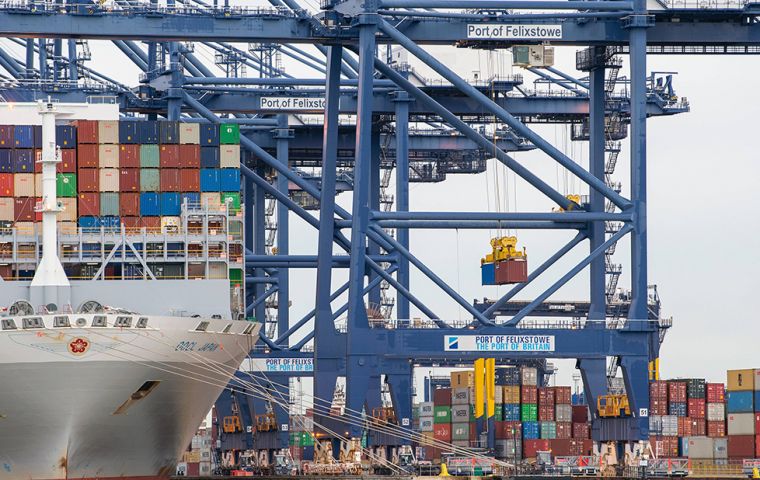 KUALA LUMPUR, Sept 19 (NNN-Bernama) — As one of the pioneer members of the Comprehensive and Progressive Agreement for Trans-Pacific Partnership (CPTPP), Malaysia is looking forward to welcoming economic powerhouse China into the fold, anticipated to be as early as next year.

“The Ministry of International Trade and Industry (MITI), Malaysia is particularly encouraged with the recent move by China to formally apply for accession into the CPTPP,” the Ministry responded to Bernama’s query on China’s decision.

In February this year, the United Kingdom became the first country outside the Asia Pacific belt to formally request for accession into the CPTPP.

Within a span of 7 months, it is indeed interesting to see that CPTPP has received another accession request, demonstrating the significant value of this agreement and its attraction to countries within and beyond the Asia Pacific region.

Widely regarded as the gold standard for regional trade agreements, CPTPP offers immense economic opportunities for both Malaysia and China.

“With the ongoing domestic efforts setting Malaysia right on track towards ratification, and the possible commencement of China’s accession negotiations with the CPTPP membership next year, MITI is confident that bilateral trade and investment ties between Malaysia and China will grow to greater heights in the near future,” it said.

Malaysia is currently on track in ratifying the CPTPP, pending a detailed and clear mandate from the Cabinet, MITI had said recently.

MITI senior director of strategic negotiations division Arividya Arimuthu said the current administration had made it clear that the government will continue with trade and business-friendly policies and is open to mutually beneficial free trade agreements (FTAs).

“Our ambitious timeline is to get the Cabinet’s directive on where we are heading with regard to the CPTPP by the end of this year, but otherwise, we are looking at the first quarter of 2022 (1Q22),” he said.