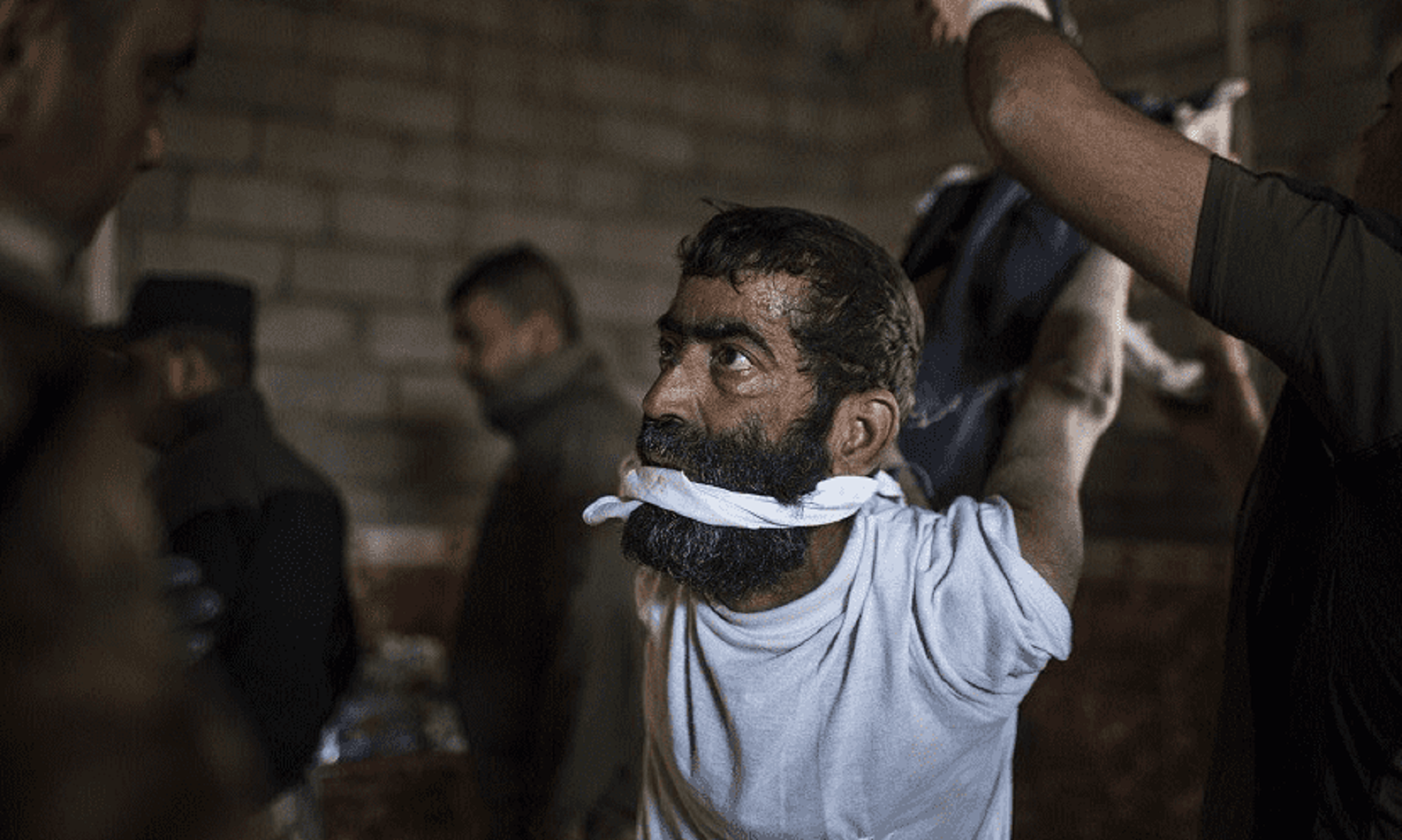 BAGHDAD, Jul 25 (NNN-NINA) – “The Americans have nothing to do with human rights. It is a concept they use to seek interests,” said Bedu al-Hamad, a former Iraqi detainee, who was jailed by the U.S. army for more than two years.

Al-Hamad, 59, who was head of the reconstruction committee of the Municipal Council of the town of Duluiyah, Salahuddin province, spent 26 months and 20 days in U.S. detention, despite not having committed any crimes.

The Sunni-dominated town of Duluiyah is a symbol of resistance to U.S. occupation, where U.S. troops were confronted with countless attacks and ambushed by armed groups in the town by the Tigris, in 2008, when the attacks reached their peak.

On Aug 21, 2008, U.S. troops accused al-Hamad of supporting terrorism and arrested him, weeks after al-Hamad attended a meeting at the Municipal Council in Duluiyah.

“Before the end of the meeting, the Americans came and told us: What right do you have to meet and decide to change the mayor without our knowledge? We’ve brought you to power and liberated you,” al-Hamad said, who had a heated argument with a soldier.

Then the solider threatened al-Hamad with a gun and said, “I would shoot you in the head.”

Weeks later, al-Hamad was arrested, and his journey began through the U.S. investigation and detention centres. He was transferred between six detention centres that lacked the most basic human rights.

According to a report called “Costs of War” by Brown University, over 100,000 prisoners passed through the American-run detention system in Iraq, with most prisoners lacking effective methods to challenge their imprisonment.

Al-Hamad recalled when he was transported from Tikrit to Baghdad with other detainees, he was handcuffed and squatting in the helicopter, which caused damage to his back that lasted for years.

His suffering worsened a year after his arrest, when the U.S. troops told al-Hamad that they had conclusive evidence that he had nothing to do with the accusation against him, but they continued to detain him for more than a year.

“One soldier told me that, it has been proven to us with conclusive evidence that you are innocent, but you will continue your imprisonment,” said al-Hamad.

Al-Hamad, who currently works for a humanitarian organisation, described life in the U.S. prison as hell, saying that, “the food they (U.S. troops) provide is just food that keeps detainees alive,” and the visits by detainees’ families are very few, as he could not recognise his son, during one of the visits, due to his difficult psychological condition.

He added that, one of the many horrific violations committed by the U.S. troops was solitary confinement, when they shut a detainee in for a month, preventing him from seeing anyone, and exposed him to extreme winter cold or summer heat.

“The Americans were making the Iraqis torture each other, as they brought a detained policeman, and put him among the extremists. The militants tortured him, broke his hands and feet and tried to kill him, and this goes beyond violating human rights.”

During the period of his detention, al-Hamad was not brought before a judge, nor was he allowed to seek a lawyer to defend him, which are the most basic rights of a detainee.

After being released, a nightmare kept haunting al-Hamad for more than a year, due to the negative impact of torture on his psychological state — he dreamt that U.S. troops were raiding his house, handcuffing him, and putting a black bag over his head, or he dreamt that the troops were arresting him again, at U.S. army checkpoint.

“I am convinced that human rights, freedom, and democracy are false American slogans, that they use against anyone who opposes them,” he concluded.– NNN-NINA

Covid-19: Chile to open borders for vaccinated nationals and foreign residents as of next week