KUALA LUMPUR, Sept 15 (NNN-BERNAMA) — Former CEO of 1MDB Mohd Hazem Abd Rahman, a witness in Datuk Seri Najib Tun Razak’s trial, told the court today that he was shocked when the former prime minister approved the loan of US$975 million to buy back 1MDB’s shares in Aabar Investment PJS in 2014.

He said as the CEO of the company, he was not informed of the additional loan taken out from Deutsche Bank AG and had learned about the matter after receiving an email from the fugitive businessman Low Taek Jho or Jho Low.

“Attached with the email was the documents showing the approval given by Najib as the Minister of Finance (Incorporated).

“The approval was obtained when Najib signed the documents titled ‘Minutes by Representative of Holding Company Relating to Proceedings of Subsidiary Company Pursuant To Section 147(6) Of the Companies Act 1965 and ‘Special Rights Redeemable Preference Shareholder’s Resolution In Writing’,” he said.

According to the witness, 1MDB chief financial officer (CFO) Azmi Tahir was also not aware of the loan proposal made by Jho Low.

“I received the email from Jho Low on his plan to take out additional loan totalling US$975 million from Deutsche Bank AG to settle his previous loan of US$250 million.

“The balance will be used to settle the outstanding amount for the termination of Aabar Option. Jho Low also emailed me his plan of action titled, ‘Final Decisions on 1MDB Energy Group IPO’,” he said.

Mohd Hazem, who served as 1MDB CEO and Board member from March 2013 to January 2015, said this when reading his witness statement in Najib’s corruption trial involving RM2.3 billion of 1MDB funds.

In previous proceedings, the court was told that the termination of Aabar Option or ‘Option Buy Back’ aims to redeem Aabar’s 49 per cent stake in 1MDB’s subsidiary, 1MDB Energy Sdn Bhd.

Mohd Hazem said when the Aabar Option agreement between 1MDB and Aabar was inked, he had not yet made the 1MDB CEO, but he was briefed by Azmi soon after he held the position.

“In order to redeem the Aabar’s stake, 1MDB had to find a financial source to fund the termination of Aabar Option.

“Hence, on May 22, 2014, 1MDB board of directors agreed to take out a loan from Deutsche Bank AG to redeem the stake.

“The loan was necessary as 1MDB did not have any other financial sources, especially because at that time the 1MDB’s investment fund in another company, Brazen Sky at Bridge Global Absolute Return Fund SPC still could not be redeemed,” he said.

The witness said he had voiced out his concerns to Najib’s principal private secretary Datuk Azlin Alias, to be conveyed to Najib on the rising amount of 1MDB debts.

“Azmi also told me that the loan proposal came from Jho Low, with the help of 1MDB lawyer Jasmine Loo and executive director Terence Geh.

“When I learned that Jho Low was personally trying to get a loan from Deutsche Bank AG, I left it to his diplomacy expert to deal with the bank,” he said, adding that the previous 1MDB’s transactions were also done by Jho Low with the blessings from Najib as the chairman of the Board,” he said.

Najib, 67, is facing four charges of using his position to obtain gratification amounting to RM2.3 billion in 1MDB funds, and 21 counts of money laundering involving the same amount. 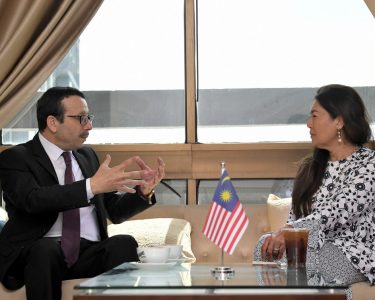 Article By Algeria’s Ambassador To Malaysia In Conjunction… 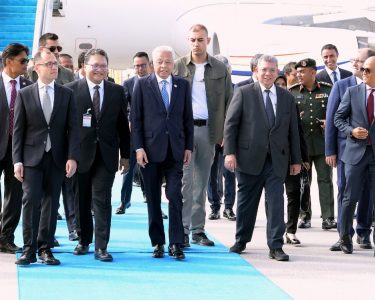