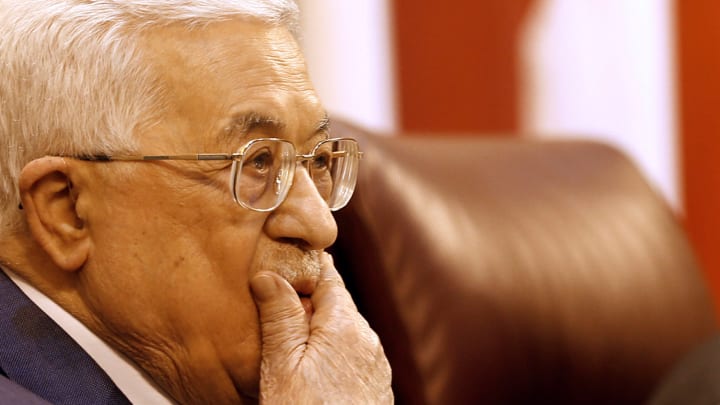 RAMALLAH, Palestine, April 30 (NNN-WAFA) – Although the Palestinian Authority (PA) is currently facing a severe fiscal crisis, it still insists, for the third month in a row, not to receive the monthly tax revenues collected but cut by Israel.

Over the past two months, the PA managed to pay half of its security and civil servants’ salaries in the West Bank and the Gaza Strip, amid warnings that the PA may not be able to fulfil its financial commitments to its employees for the coming months.

Palestinian President, Mahmoud Abbas, accused Israel of trying “to legitimise its cuts of the PA’s tax revenue dues,” adding that, the Palestinian leadership rejects this policy.

Abbas’ remarks were made as he chaired the weekly meeting of the Palestinian government held in Ramallah. However, he said, “Israel has recently opened a dialogue with us on the tax issue.”

“Israel is trying by all means, to legitimise the cuts in the dues, from our own money, especially what we pay for martyrs (Palestinians killed by Israel) and for prisoners’ families. We will reject this policy whatever the price is,” said Abbas.

Meanwhile, the PA government said, it backs President Abbas’ position, not to receive the financial dues with the Israeli cuts, “mainly the money of the prisoners and the martyrs.”

Hussein al-Sheikh, the PA minister of civil affairs, tweeted earlier that, he held a meeting with Israeli Minister of Finance, Moshe Kahlon and discussed the Palestinian financial crisis.

“I informed the Israeli minister of our rejection to receive the financial dues with the cuts that were made three months ago,” al-Sheikh wrote on his Twitter account, adding that, “the cuts are a violation to all signed agreements.”

Earlier, Israeli Radio reported that Israel transferred to the PA 660 million new shekels (about 182.6 million U.S. dollars) as an attempt to rescue the PA from collapse, adding that, the Palestinian side refused to receive the money transfer.

In Feb, the PA announced that it refused to receive the tax revenue dues from the Israeli side after Israel cut the money the PA pays to the families of Palestinians killed in conflict with Israel and those imprisoned in Israeli jails.

According to the agreements signed between Israel and the Palestine Liberation Organisation, Israel collects taxes from the trade that the Palestinians bring from abroad, through Israeli seaports, and pays the taxes back to the PA every month.

The PA uses the money to pay its running cost, mainly the salaries of its security, police and civil servants in the West Bank and the Gaza Strip. The PA pays part of the money to the families of those who are killed by Israel and prisoners in Israeli jails.

On Feb 17, the Israeli cabinet decided to cut the tax revenue dues, Israel pays every month to the PA.

The Israeli cuts of the financial dues paid to the PA coincided with a financial embargo imposed by the United States.

The PA is facing a financial deficit that reached 700 million dollars, amid limited resources of income. This situation poses a big challenge for the PA to fulfil its commitments to the Palestinians, according to observers.– NNN-WAFA

Somalia Not To Join Coalition Against Qatar