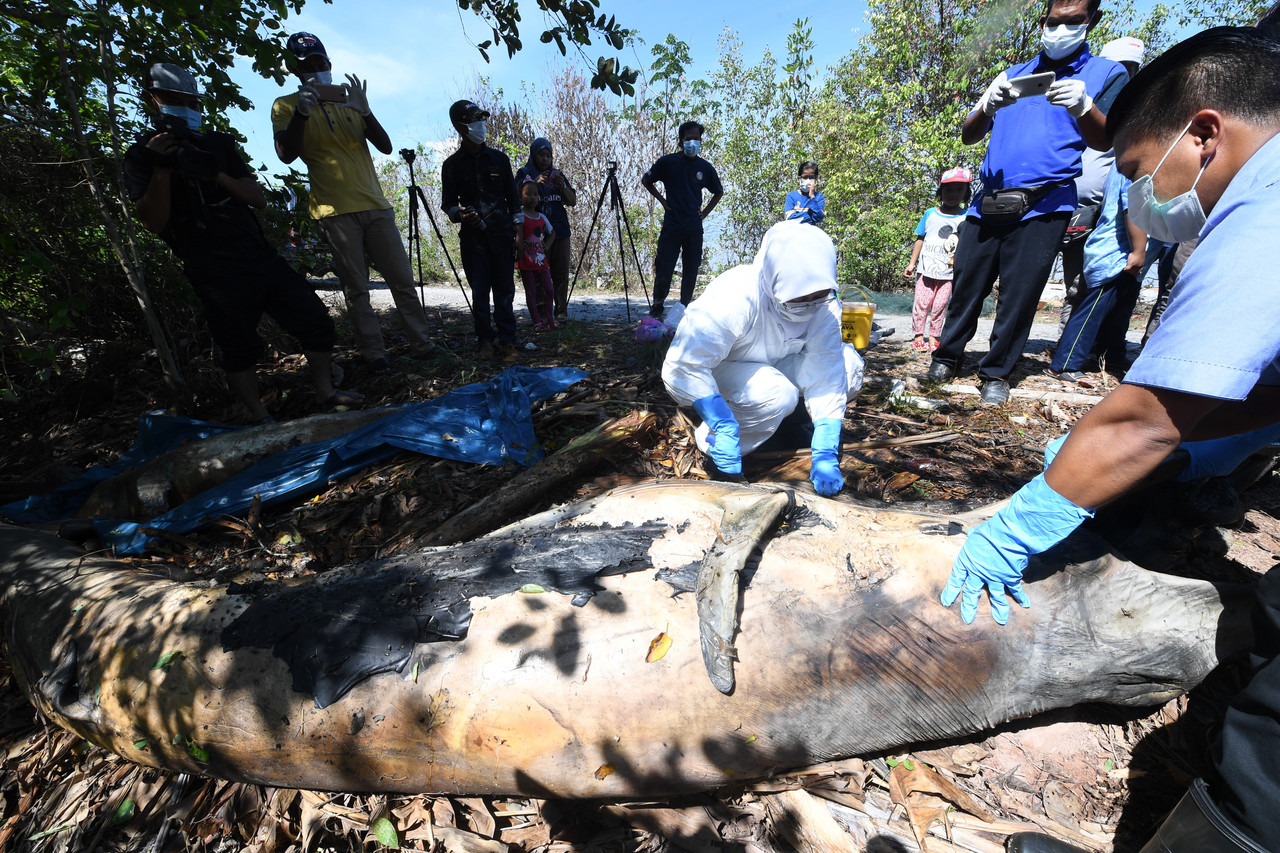 A stunned jogger stumbled upon the 6-foot carcass (of dolphin-like sea creature) on the popular picnic coastline on Wednesday morning.

Veterinary Department Labuan director Dr Marysia James Abie said it was not possible to identify the cause of death as it was already decomposed and its head was slightly crushed.

“It was a juvenile creature and had been dead for more than 72 hours.

“And I was quite surprised. This animal is rarely seen in our water, so to see it dead on the beach is very pathetic,” she said.

She said based on preliminary investigation they found no plastics inside the stomach and no elements of killing as there were no injuries physically.

“We are unable to determine whether the creature is a dolphin or a ‘dugong’,” she added.

“We are still waiting for the full report from Veterinary Services Department on the findings, whether it has died at sea earlier, whether the creature is a dolphin, but it is sad to see the creature lying dead on our beach,” he said.

The creature was later buried near the same place.