NAIROBI, Sept 24 (NNN-KBC) — Police in Isiolo have confirmed that the death toll from the killer brew tragedy that killed five people on Monday rose to seven after two more people succumbed.

Security agencies have intensified a crackdown across the county to net and prevent circulation of the two killer brands identified as “smart vodka” and “Trace”.

Addressing Journalists, Isiolo Sub County Police Commander Captain Collins Saina said that one person has also lost his sight after consuming the alcohol, while investigations show that fourteen more cartons of the illicit and poisonous brew brand are still in circulation.

Collins appealed to those who bought the illegal spirits not to continue selling the counterfeit drinks, while the police have scaled up efforts to trace the 14 cartons that are still in circulation. According to Captain Saina, the person who lost his sight had bought one carton of the killer brew, but drank only one bottle, before sight complications arose. He is still recuperating in Hospital in a stable condition.

This comes as residents are appealing to the authorities to do more in order to curb the use of illegal drugs that is widespread in the county.

Stakeholders at the Isiolo Joint Command Centre while in a meeting raised concerns that the drug abuse situation was running out of hand in the county while suggesting that there is a need for measures to be taken urgently including the introduction of a rehabilitation center by the Isiolo county government.

Residents of Isiolo have also been overwhelmed and have called for the government to take urgent measures. — NNN-KBC 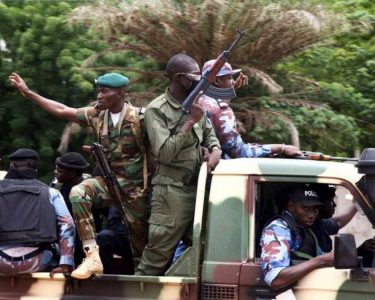