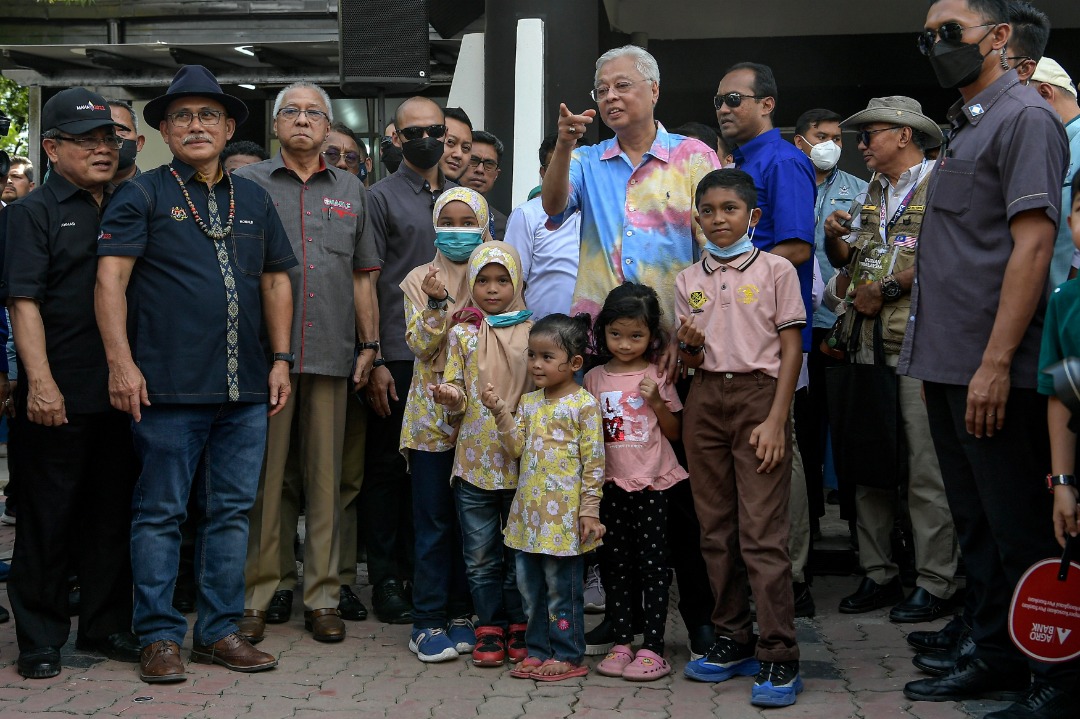 KUALA LUMPUR, Aug 15 (NNN-Bernama) — The use of Bahasa Melayu (Malay language) at international forums and bilateral meetings and the ‘World Family’ concept introduced to the international community are among the hallmarks of Malaysia’s international relations hitherto under Malaysian Prime Minister Ismail Sabri Yaakob.

International relations analysts note that the prime minister, who will be commemorating his first year in office this Aug 20, has been instrumental in empowering the national language up to the international stage and reminding the world that they have to work as a family in overcoming the current global challenges.

Right from the start, he walked his talk by using the language at formal meetings with foreign dignitaries at home and abroad, including during his state visits to Brunei, Cambodia and Thailand.

Instead of English, he chose to use Bahasa Melayu when communicating with US President Joe Biden during the US-ASEAN Special Summit in Washington, DC last May and when he met visiting US House Speaker Nancy Pelosi in Kuala Lumpur early this month.

“We do not need to feel ashamed or awkward to use Bahasa Melayu at the international level because this effort to uphold the language is also in line with one of the priority areas of the Malaysian Foreign Policy Framework launched by the government on Dec 7, 2021,” the prime minister had said in March.

In line with this, Ismail Sabri is expected to deliver his speech in Bahasa Melayu at the 77th United Nations General Assembly (UNGA) next month and at the ASEAN Summits in Phnom Penh, Cambodia, in November.

As for Prof Azmi, what is more important is that the use of the mother tongue by national leaders shows the identity of the people of their country.

On a similar note, Prof Roy Anthony said Malaysia, being a middle power, has to demonstrate its own identity in international relations by promoting cultural diplomacy through the use of the Malay language among others.

On Ismail Sabri’s ‘World Family’ concept, Prof Azmi noted that it is something worth considering, looking at the current geopolitical and economic upheavals driven by self-serving interests of certain parties.

“Conflicts like the Russia-Ukraine war happened because the warring parties think only about themselves. That is not the concept of family, because family also thinks about the interests of others so that a common ground can be achieved.

“It is difficult for Malaysia as a small country to present this concept, but our foreign policy is in line with the concept of ‘Keluarga Malaysia’ (Malaysian Family) and ‘World Family’,” said Prof Azmi.

The World Family concept is the larger extension of Ismail Sabri’s ‘Keluarga Malaysia’ ideal that he introduced in his inaugural speech when he took over the country’s leadership.

Meanwhile, Ismail Sabri so far has made 12 official and working trips abroad to help strengthen bilateral and multilateral relations and ensured that Malaysia’s voice is represented in international and regional fora.

His earliest visits, like his predecessors, was to introduce himself to the immediate neighbours starting with Indonesia from 9-11 Nov, followed by Singapore on Nov 29, and Thailand from last 23-26 Feb.

Other countries that he had been to were the United States, Brunei, the United Arab Emirates (UAE), Japan, Cambodia, Qatar, Turkiye and Vietnam.

“Official visits abroad and meetings with foreign leaders are important so that bilateral relations between Malaysia and the countries visited are strengthened,” said Prof Azmi.

Both analysts also noted Ismail Sabri has asserted Malaysia’s firm position on matters affecting sovereignty and security of nations, maintained and defended Malaysia’s non-aligned stand, as seen through the country’s stand on the Russia-Ukraine conflict and the tensions in the Taiwan Strait.

Without favouring any of the conflicting parties, Azmi said Malaysia under Ismail Sabri continues to be the voice of reason urging the parties involved to return to the negotiation table.

During his meeting with US president, together with other ASEAN leaders during the ASEAN-US Special Summit in White House late May, Ismail Sabri, without fearing repercussions, had raised the Palestine issue – something close to the heart of Malaysia and the Muslim world.

At the meeting, Ismail Sabri urged the US to intervene and stop its close ally Israel from continuing its atrocities on Palestine and its people.

At the regional level, particularly at the ASEAN level, Ismail Sabri has voiced Malaysia’s steadfast position on the crisis in Myanmar since the Feb 1 (2021) coup, and the Rohingya refugee issue where Malaysia is hosting up to 200,000 of the refugees.

Prof Roy Anthony observed that the prime minister has been keeping abreast with international developments and he was among the earliest to voice his concern over the trilateral security pact announced in September 2021 involving the United States, the United Kingdom and Australia – known through its acronym AUKUS – fearing it could unleash an arms race and tensions in the region.

“Given the fact that in the past 12 months diplomacy have seen challenges such as the formation of AUKUS, war in Ukraine and the latest with the visit of (US House Speaker) Nancy Pelosi to Taiwan that heightened US-China tensions, the Prime Minister has demonstrated remarkable leadership in international relations,” he said.

The hallmarks set by Ismail Sabri could well be the groundwork in setting the direction for the country’s diplomacy in the post-pandemic world, where new and unprecedented challenges emerge every now and then from the fast-evolving geopolitical landscape. (photoBERNAMA)