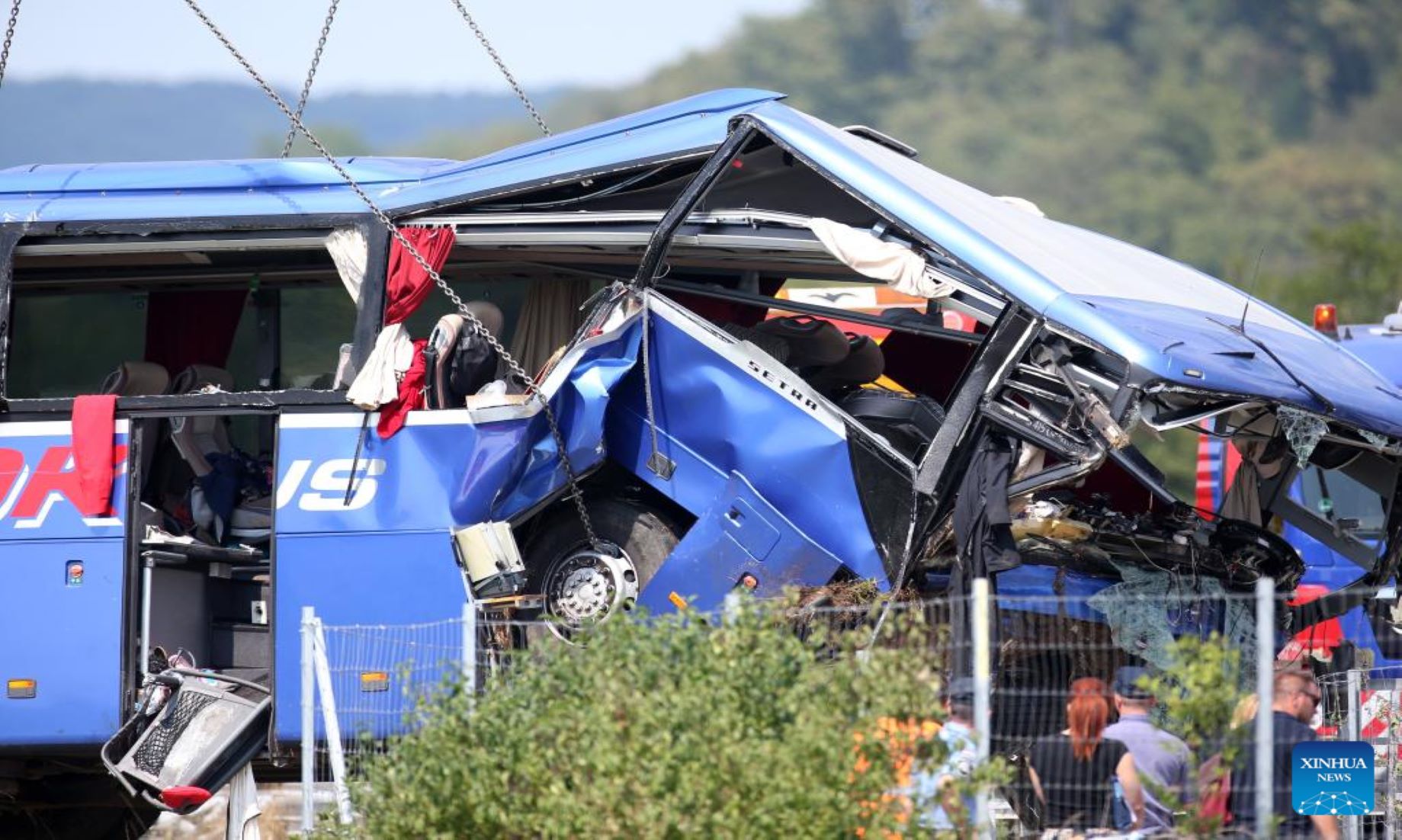 ZAGREB, Aug 7 (NNN-XINHUA) – Twelve people were killed and at least 30 others were injured, in a traffic accident, when a bus with a Polish licence plate, skidded off a highway in northern Croatia, according to the authorities.

The accident happened at around 5:40 a.m. local time, when the bus veered off the A4 highway, in the direction of the country’s capital, Zagreb.

“Eleven people died on the spot, and 32 people were admitted to hospitals in Varazdin, Zagreb and Cakovec. One more person died while admitted for hospital treatment,” Croatian Interior Minister, Davor Bozinovic, said at a press conference, held in front of the Varazdin hospital, adding that, there are a lot of passengers with “severe trauma.”

Bozinovic said that the bus, with all 43 Polish passengers on board, left from Poland’s capital, Warsaw, and planned to go on a pilgrimage to Medjugorje, a popular site of Catholic pilgrimage in south-western Bosnia and Herzegovina.

Croatian Deputy Prime Minister, Tomo Medved, expressed his condolences to Polish Prime Minister, Mateusz Morawiecki and the families of the victims, Bozinovic said, adding, the cause of the accident is still under investigation.– NNN-XINHUA