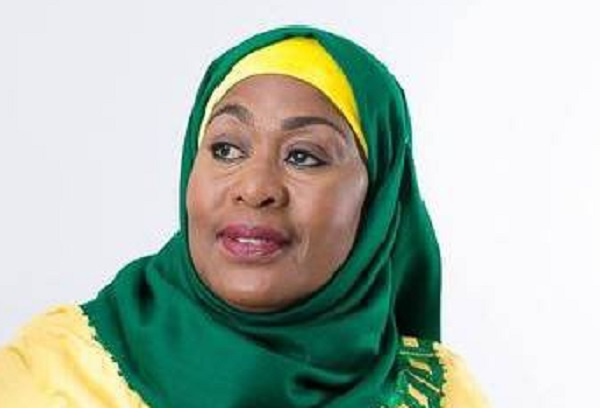 ACCRA (Ghana), May 26 (NNN-AGENCIES) — Tanzanian President Samia Suluhu Hassan has defended her usage of loans from multilateral lenders, telling an audience in Accra that the institutions were her country’s lifeline in the Covid-19 pandemic.

Samia, appearing on a panel alongside Presidents of Ghana, Mozambique, and Comoros, said the loans received from the International Monetary Fund (IMF) and the African Development Fund (AfDB) helped her stabilize the economy, improve the quality of the learning environment and expand the reach of clean water supply.

“With the support of the AfDB and other multilateral lenders, I have done well,” she told an audience during the Presidential Dialogue on Africa’s Development challenges and opportunities, part of the Annual Meetings of the AfDB this year in Ghana.

“Due to Covid-19, IMF gave us some money as an economic bailout. Most of the countries used that money for purchasing sanitizers and those [other] items needed to fight Covid-19. But for me, I thought Covid-19 meant decongestion of students in the classroom.

“[We] had 100-120 pupils in one classroom. I have been able to decongest them and now I have 45-50 pupils in one classroom. I thought COVID-19 meant the availability of water, I have taken that money and used it for supplying clean and safe water to most parts of my country. When I came in, the availability of water was 72 percent and I have moved it close to 80 percent. I am expecting, in 2025, it will be 95 percent in urban areas and 85 percent in villages.”

Tanzania, like several African countries, was hit hard by the Covid-19 pandemic. Tanzania’s economy shrunk from 6.8 percent growth to 4 percent after Covid-19, even though the country, unlike its neighbors, did not go on a lockdown and did not initially order compulsory mask wearing, nor tap into vaccines.

But after Samia was sworn in as president in March last year following the death of her predecessor John Pombe Magufuli, she made changes, including calling for citizens to take up preventive measures, such as mask wearing and hand hygiene, to curb the spread of Covid-19.

Nonetheless, the country drew benefits from multilateral lenders keen to aid in response to COVID-19.

And after President Samia came to power in March 2021 and Tanzania agreed to share data on COVID-19, as well as coordinate response with international bodies, the IMF Executive Board approved a $265.2 million in Special Drawing Rights (SDRs), equivalent to about $372.4 million. Given under the Rapid Credit Facility (RCF), the money was meant to aid Tanzania’s balance of payments as the country faced a shortage of revenues.

The IMF said at the time that the money was also to help catalyze support from development partners to support Tanzania if it strengthens governance and transparency around the pandemic.

“I have also used that money for health. Covid-19 means treating people at the level of villages. So I have constructed about 350 health centers using that money plus modern equipment,” President Samia told the audience, during a panel discussion that included Ghana’s President Nana Akufo-Addo, Mozambican leader Felipe Nyusi and Comoros President Azali Assoumani (who appeared virtually).

The Tanzanian leader, visiting West Africa for the first time since she took power in March 2021, was responding to a question on challenges faced in her one year of leadership. She said she had to earn the trust of Tanzanians as the first female president.

“I had to prove to them that I could do it, that women could do it. I think in the course of one year, I have proven that women can do it. I have led the country in the same way that men did and in some circumstances better than men did.”

During the session, she hinted that she would keep going back to the lenders as the country targets crucial infrastructure like airports, ports, roads, and an expanded national airline.

“We have to raise our voice to the multilateral lenders to allow AfDB to access the SDRs because those are going to benefit Africa,” she said, voicing support for AfDB’s call to have SDRs reallocated to Africa for countries to benefit directly.

The Tanzanian leader is this year’s recipient of the Africa Road Builders–Babacar Ndiaye Trophy, an annual prize sponsored by the African Development Bank (AfDB), and organized by Acturoutes – an information platform on infrastructure and roads in Africa, as well as the Media for Infrastructure and Finance in Africa (MIFA) a network of African journalists specializing in road infrastructure.

According to AfDB, the prize is awarded to leading figures in Africa who have demonstrated their commitment to the development of transport infrastructure on the continent.

Her trip also comes as the continent discusses technology to boost energy investments and deal with the continual crisis of food shortage. The Bank’s theme this year is climate resilience and a just energy transition. — NNN-AGENCIES