“It is crystal clear that the eastern vaccines used in Hungary are working well, they are safe and effective,” Szijjarto said in a video posted on his Facebook page.

“Therefore, it is time for international organizations to make a professional and not a political decision on this issue,” he said in the video, which was recorded at Budapest airport, before the minister left for Lyon, France.

Szijjarto hinted that he was referring to Russia’s Sputnik V, and China’s Sinopharm vaccines. Both are widely used in Hungary, but still not recognized by many other European Union (EU) member-states.

The Hungarian top diplomat was due in Lyon to attend a meeting of EU foreign and health ministers. They were gathering to discuss the global fight against the pandemic, with a special focus on helping developing countries.

This photo from Facebook page of Hungarian Prime Minister Viktor Orban shows him receiving a dose of China’s Sinopharm vaccine against COVID-19 in Budapest, Hungary, on Feb. 28, 2021.(Viktor Orban Facebook via Xinhua)

“Now, it is time for the world to finally realize that choosing a vaccine is not a political commitment. When the whole world is trying to get as many vaccines as possible, the approval of a vaccine should not be a political question,” Szijjarto added.

New variants of coronavirus can only emerge as long as the inoculation rate is low in several countries, the minister said. This echoes the World Health Organization’s (WHO) standpoint that vaccine production is only a matter of capacity.

The construction of Hungary’s National Vaccine Factory is underway, and will enable the country to participate in global vaccine production from the end of this year.

Hungary was the first EU member to recognize and use Chinese vaccines. Hungarian President Janos Ader and Prime Minister Viktor Orban have both received Chinese jabs.

Szijjarto was also visiting France to inaugurate a Hungarian consulate in Lyon. The city is home to some 20,000 Hungarians. — NNN-XINHUA 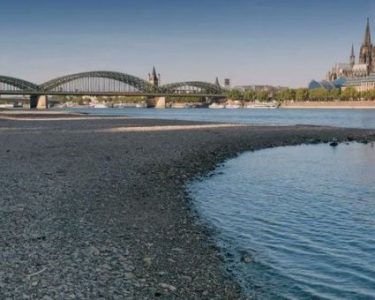