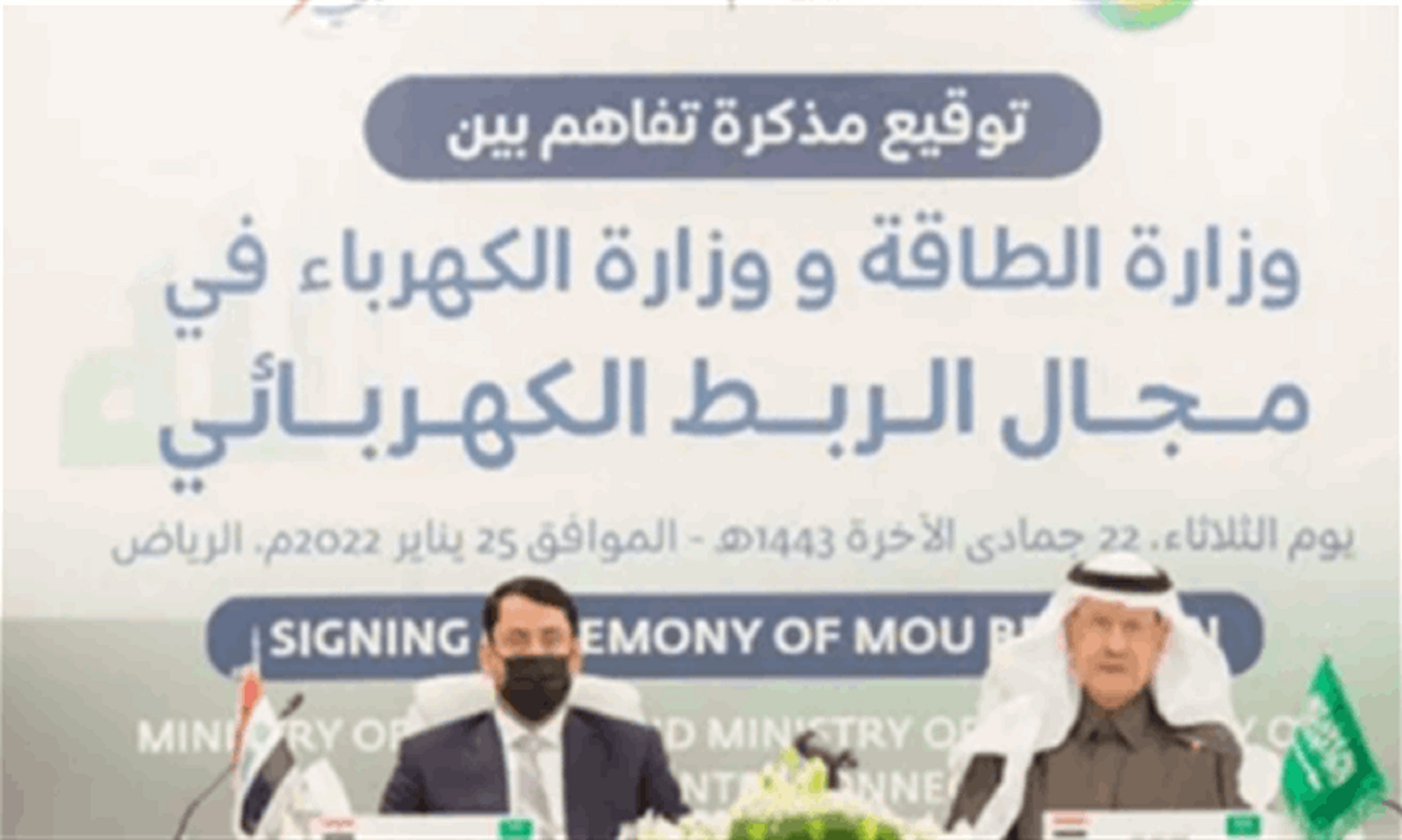 BAGHDAD/RIYADH, Jan 26 (NNN-NINA/SPA) – Saudi Arabia and Iraq, signed yesterday, a memorandum of understanding (MoU), to link the power grids of the two countries.

The deal was inked via video conference by Saudi Energy Minister, Prince Abdulaziz bin Saud Al Saud, and Iraqi Acting Minister of Electricity, Adel Karim, in the presence of Secretary-General of Iraq’s Council of Ministers, Hamid al-Ghazi, said a statement by the Iraqi Ministry of Electricity.

The Saudi minister was quoted as saying, “The memorandum came as a result of a comprehensive and detailed study of all leading investment opportunities, to support the grids of electricity between the two countries.”

For his part, Al-Ghazi viewed the deal as a result of continued meetings of the Iraqi-Saudi Coordination Council, to strengthen the economic and industrial partnership between the two countries.

“The Iraqi government is interested in establishing this line (interconnection of grids), so it has developed a basic strategy, aimed at providing electric power to the Iraqi people and making Iraq a corridor for the energy to other countries,” al-Ghazi said.

The agreement aims to share the electricity-generating reserves and exchange electricity between the two countries for emergency use, in case of a power cut, the official Saudi Press Agency reported.

Iraq has been witnessing a chronic power shortage since the U.S.-led invasion in 2003, as the country’s electricity plants and electricity imported from neighbouring Iran reached over 20,000 megawatts, far less than the actual demand of over 30,000 megawatts.

The MoU is the latest of many cooperation initiatives between the two countries, that reflect major progress made in bilateral ties in recent years.– NNN-NINA/SPA