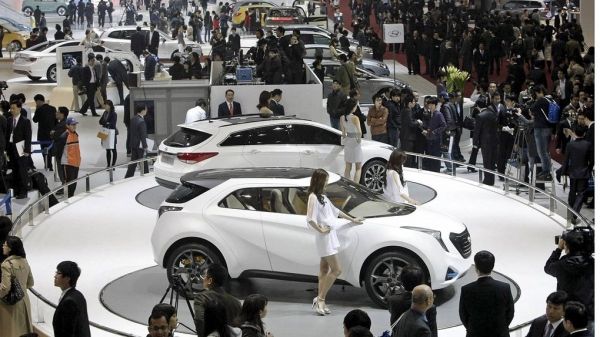 JAKARTA, Dec 1 (NNN-XINHUA) – Indonesia has persistently increased awareness, regarding electric vehicles (EVs) in the public, by bringing people together to know more about the latest technology.

Thirty automotive companies and more than 15,000 enthusiasts of vehicles with advanced technologies joined the show.

Head of Indonesia Presidential Office, Moeldoko, attended the exhibition and highlighted that transformation towards electric vehicles would be an important change in Indonesia, as Southeast Asia’s biggest economy.

“The energy transition is a must, and the foundation of it must be strengthened, as well as possible,” he said.

“The development of EVs can’t be delayed. We must not be complacent again, falling behind again, a fact that makes us become only spectators or only become the market,” said the former military chief, who owns a Jakarta-based company that produces electric buses.

The amount of electric vehicles sales in Indonesia in the last two years have increased rapidly. The Ministry of Transportation said that the number of electric cars sold between Jan and Aug this year was four times higher than that throughout last year.

Under the leadership of President Joko Widodo, the government is committed to promoting EVs with a greater goal of reducing the country’s carbon emissions, while promoting domestic battery production.

The archipelago is rich in cobalt and manganese, the main components for making batteries for EVs.

BRIN’s Head of the Centre for Energy Conversion Technology (B2TKE), Barman Tambunan, explained that, innovation and research activities on EVs can be an important pivot to prepare the domestic industry to support the era of electric vehicles in Indonesia.

“IEMS 2021 hopes that all parties from regulators, producers, associations, as well as, research bodies and universities, can capture this very potential market and be fully supported by the domestic industry, to realise the Indonesia Net Zero Emission 2060,” Tambunan said.