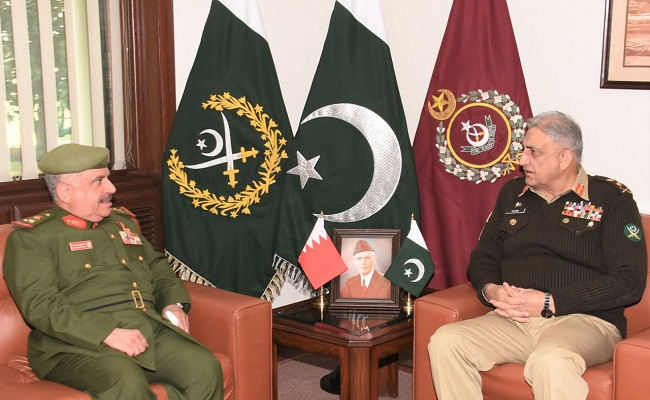 In a meeting with Major General Sheikh Abdul Aziz Bin Saud Al Khalifa, Chief of Staff of the Bahrain National Guard, in Rawalpindi, Pakistan’s east Punjab province, Bajwa emphasised that, there is a need for global convergence on Afghanistan for regional peace and stability.

During the meeting, matters of mutual interests, the current security situation in Afghanistan, and bilateral cooperation in various fields were discussed, the military’s media wing, Inter-Services Public Relations said, in the statement.

Bajwa said, Pakistan desires to maintain the tradition of bilateral engagement, and wishes for a long-term and multi-domain enduring relationship with Bahrain.– NNN-APP