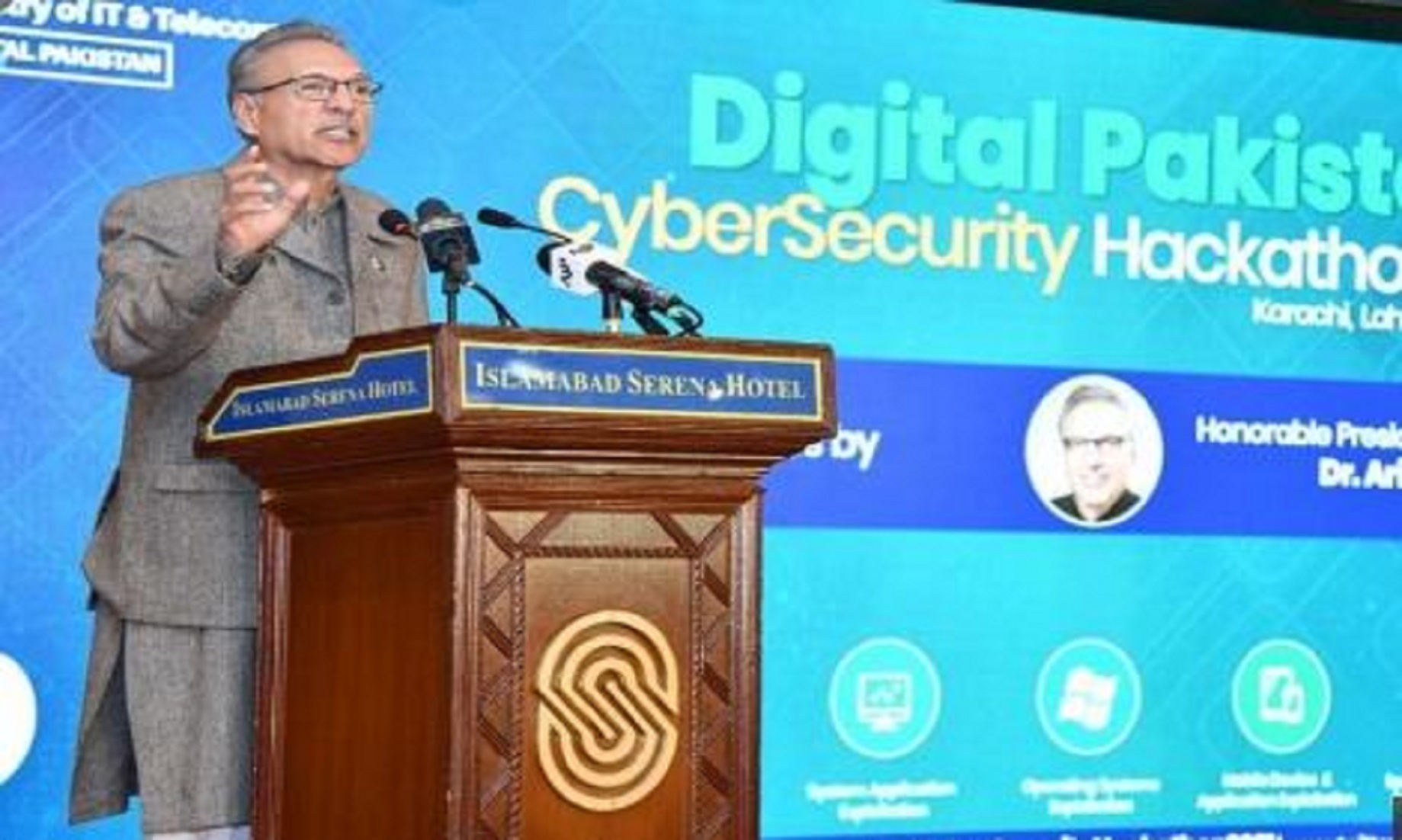 Addressing the awards ceremony of the first nationwide Cyber Security Hackathon 2021, Alvi said, the risk of cyber-attacks grew with Pakistan’s advancement towards digitalisation.

Citing examples of recent cyber-attacks on the system of the country’s Federal Board of Revenue and National Bank of Pakistan, the president said, the incidents drew the attention towards an effective guard to defeat the cyber threats.

He added, cyber data has become the most valuable commodity worldwide and stressed that, Pakistan direly needed to produce a huge number of graduates in the field of cyber security.

The IT infrastructure of Pakistan’s National Bank came under cyber-attack on Oct 29, but the bank did not observe any data breach or financial loss, the country’s State Bank said.

In a similar attack on the Federal Board of Revenue, around Aug this year, unknown hackers succeeded in breaking hyper-V software by Microsoft, bringing down all the official websites operated by the tax machinery, local media reports said.

Alvi said that, throughout the world including Pakistan, the infrastructure of vital importance such as banking system, credit card data, telecommunication, electricity and dams, as well as, hospitals have been digitalised and also become vulnerable to cyber or ransomware attacks.

With changing concepts of security, the country’s defence has been linked with enhanced awareness and capabilities, to develop and deploy a proper mechanism, he added.

He said, a paradigm shift in policymaking was needed, to abreast the country with offensive and defensive cyber security, adding that, instead of traditional brick-and-mortar educational facilities, short-term online and virtual courses could also prepare the human resource for the market.– NNN-APP