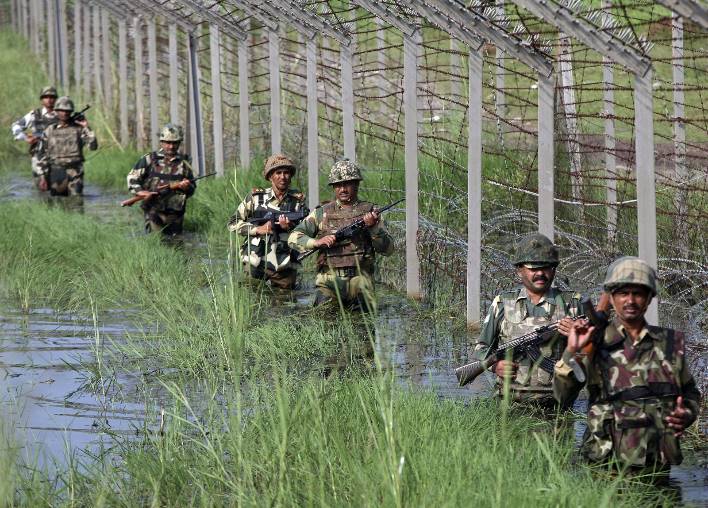 NEW DELHI, Oct 15 (NNN-PTI) – The Indian government’s decision, to extend the jurisdiction of the Border Security Force (BSF), from 15 km to 50 km in Punjab, West Bengal and Assam, triggered a row yesterday.

The BSF is a paramilitary force primarily responsible for guarding Indian borders.

The opposition Congress Party has described the move as an “attack on federalism.”

According to the new directive, issued by the federal home ministry on Wednesday, the BSF will now have the power to seize, arrest and search up to 50 km inside Indian territory, from international border along India-Pakistan and India-Bangladesh borders in Assam, West Bengal and Punjab.

However, the BSF’s jurisdiction in Gujarat has been reduced from 80 km to 50 km.

“I strongly condemn the government’s unilateral decision to give additional powers to BSF within a 50 km belt, running along the international borders, which is a direct attack on federalism. I urge the union (federal) home minister, Amit Shah, to immediately roll back this irrational decision,” Punjab Chief Minister, Charanjit Singh Channi wrote, on social media.

Congress party leader, Randeep Surjewala, yesterday slammed the federal government, over its “unilateral” decision to increase the BSF jurisdiction in Punjab, and claimed it was meant to deflect attention, from the movement of heroin through a port in Gujarat, this year.

He took a dig at the BJP for reducing the jurisdiction of the BSF in Gujarat, where drugs have been seized recently.

The Congress Party attacked the ruling BJP, which is at the helm both in New Delhi and Gujarat, for its “failure” to stop drugs from entering the country, alleging that the volume of drugs had increased exponentially in India.– NNN-PTI