Putin “signed a decree regarding the suspension of Russia’s participation in the agreement between the USSR and the US,” the Kremlin said in a statement.

The move was taken following “a violation of the United States of its obligations under the treaty,” it said.

Moscow and Washington have accused one another of breaching the Intermediate-Range Nuclear Forces agreement concluded between the US and the former Soviet Union in 1987.

US President Donald Trump said in February that Washington would start a process to withdraw from the deal within six months.

Putin responded soon after that Russia was planning to suspend its involvement.

He said Russia would seek to develop medium-range missiles in response to what he said were similar projects in the US, raising the spectre of a new arms race.

In his state of the nation address last month, Putin threatened to deploy new missiles against Western capitals.

He warned Washington against deploying any new missiles in Europe following the collapse of the treaty, saying Moscow would consider it a “serious threat”.

US Secretary of State Mike Pompeo dismissed the threats as “bluster” designed to divide Washington and its allies.

Brokered by US president Ronald Reagan and Soviet leader Mikhail Gorbachev, the INF treaty ended a superpower buildup of warheads that had frightened Europe.

It banned ground-launched missiles with a range of 500 to 5,500 kilometres.

The deal addressed Soviet nuclear-tipped ballistic missiles targeting Western capitals, but put no restrictions on other major military actors such as China.

NATO has said that US allies “fully support” its withdrawal from the pact, insisting that Russia’s 9M729 ground-launched cruise missile systems violate the treaty.

European leaders have voiced fears over the consequences of the treaty’s demise and called on Russia to address concerns before the US formally leaves in August.

Moscow has also expressed concern that Washington’s decision to withdraw from the INF could jeopardise the extension of the New START treaty.

That agreement, which caps the number of nuclear warheads held by Washington and Moscow, expires in 2021. — NNN-AGENCIES 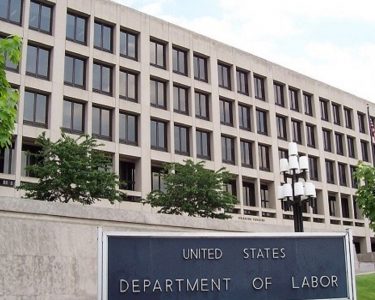