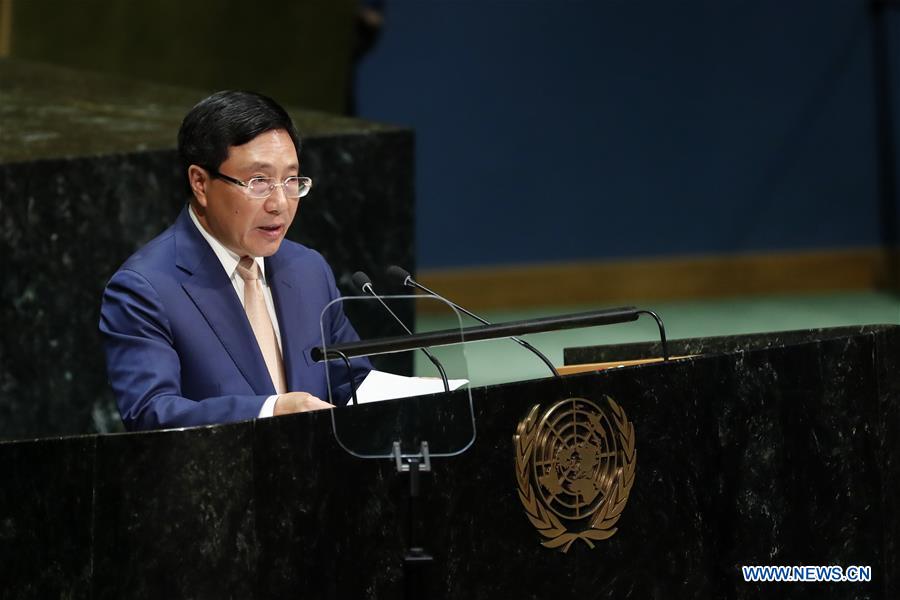 “Multi-lateralism is facing acute challenges,” Pham, who is also Vietnam’s deputy prime minister, told the General Debate, of the 74th session of the United Nations General Assembly. “It is alarming that narrowly interpreted national interests are chosen over common values; big-power politics, coercion, competition and confrontation are favoured over cooperation, dialogue and respect for international law.”

“Given today’s daunting challenges, it is critical that we all work to revitalise multi-lateralism and strengthen the United Nations,” he said.

A reduction in political commitment and resources has impacted the efficiency and effectiveness of multilateral cooperation, the official said.

“First, we must all reaffirm the fundamental importance of international law and the UN Charter in international relations and multilateral cooperation,” he added.

Pham said, it is important to enhance the synergies between the global and the regional. Global actions can only be effective if adapted to the particular historical, socioeconomic, political, cultural and geographical conditions of each region and state.

He welcomed cooperation between the UN Security Council and the African Union, the European Union, the League of Arab States and the Association of Southeast Asian Nations (ASEAN).

The United Nations can only be empowered if each country commits to the greater good of the international community, he said.

Vietnam was elected to a two-year term at the Security Council, beginning Jan 1, 2020, the same date it coincidentally assumes the ASEAN presidency for one year.– NNN-XINHUA