WASHINGTON, Sept 14 (NNN-Xinhua) — In defense of Washington’s trade offensive against China, the White House has repeatedly downplayed the impact on the U.S. economy, but numerous data, reports and economists have been reporting otherwise.

Unpredictable trade policies, such as additional tariffs on Chinese imports, have roiled the U.S. financial market, undermined the real economy, and pushed up the risk of a U.S. recession, which has become a growing concern for investors, economists and beyond.

U.S. stock market went through a bumpy summer, as trade-related headlines and trade war fears took hold. When indexes went up and down like a roller coaster driven by the tweetstorm, Wall Street investors could hardly find a handrail to brace themselves in uncertainty.

Recently, the Dow Jones Industrial Average recorded an 800-point drop and two other over 600-point drops right after major U.S.-China trade headlines popped out, marking some of the worst days for the U.S. stock market since the beginning of the year. The volatility reflects the enormous uncertainty that has been bothering investors, as the high-stakes trade dispute between the two countries drags on.

Risk-off assets triumphed over U.S. stocks as trade war fears spilled over. Gold price at the New York Mercantile Exchange rose nearly 24 percent in a year, hovering above 1,500 U.S. dollars an ounce. Besides, the yield on the benchmark 10-year U.S. Treasury note, which moves inversely to price, fell over 110 basis point in a year to around 1.8 percent.

As rattled investors rushed to long-term safe haven assets, U.S. bond market kept hinting that a recession could come in the near future. The yield on 10-year U.S. Treasury securities had tumbled below the 3-month Treasury yield since May, triggering a “yield curve inversion,” which is widely viewed as a reliable indicator of a looming recession.

As market turmoil persists and signs of weakness pile up, renowned Wall Street banks flagged concerns about the future development of the trade tensions, saying the threat added to fears of a recession.

“Risks of a recession are higher given the escalation of the U.S.-China trade dispute,” Mark Haefele, global chief investment officer at UBS Wealth Management, wrote in a recent note, adding that expected growth rate of the U.S. economy could drop to 2.3 percent this year.

“If all currently proposed tariffs are implemented, growth in the first half of next year will slow toward the brink of a recession,” Haefele wrote. “So further escalation, through additional tariffs on consumer products and potentially autos for example, would likely tip the economy over the edge.”

The U.S.-initiated trade dispute with China is also taking a toll on the real economy, as evidenced by a contraction in manufacturing, declining exports to China, subdued investment and job losses, among others.

U.S. manufacturing activities contracted for the first time in three years in August, as the purchasing managers’ index registered 49.1 percent, below 50 percent, the threshold for expansion in the sector, according to data recently released by the Institute for Supply Management.

News on stock market is seen on a screen at the New York Stock Exchange in New York, the United States, Aug. 1, 2019. (Xinhua/Wang Ying)

The value of U.S. goods exports to China in 2018 totaled 118 billion dollars, down 7 percent from the previous year, as districts dependent on agricultural exports saw sales to China shrivel due to the ongoing trade conflict, a new report published Thursday by the U.S.-China Business Council showed.

In the first seven months of this year, U.S. goods exports to China declined 18.2 percent and imports were down 12.3 percent, according to data from the U.S. Commerce Department.

Despite record low unemployment rate, the U.S. labor market has also been bearing the brunt of the trade tensions. The White House’s imposition of additional tariffs on hundreds of billions of dollars worth of Chinese imports has reduced U.S. employment by 300,000 jobs and cut U.S. gross domestic product by an estimated 0.3 percent, Moody’s Analytics said in a recent report.

Steven Davis, a professor of international business and economics at the University of Chicago, told Xinhua that trade policy uncertainty harms the U.S. economy by discouraging business investment and undermining confidence in the short term.

In the long term, Davis said, it leads businesses to re-configure their international supply chains as they “try to mitigate trade policy risks,” incurring extra costs, which “either get priced into what U.S. consumers pay for their goods or show up as lower profits for the shareholders.”

Brian Higginbotham, a senior economist at the U.S. Chamber of Commerce, wrote in an article Thursday that there is a “crisis” in business and consumer confidence. “There is a clear consensus that the recent tariff actions against China are particularly worrisome,” he said.

Photo taken on Aug. 9, 2019 shows a view of the headquarters of the International Monetary Fund (IMF) in Washington D.C., the United States. (Xinhua/Liu Jie)

The rhetoric of the risk of a U.S. recession has been on the rise since last month, as a chorus of economists joined Wall Street banks in warning that the chances of a recession are growing, partly due to the current administration’s widely criticized trade policies.

In a recent interview with news daily the Wall Street Journal, former U.S. Treasury Secretary Lawrence Summers said he sees a nearly 50 percent chance of a U.S. recession by the end of next year.

Former U.S. Federal Reserve Chairman Alan Greenspan said on television business news channel CNBC last week that the stock market will determine whether there’s a recession in the country, noting that the U.S.-China trade conflict is “eroding” the global economy.

Several rounds of tit-for-tat tariffs and uncertainty generated by the trade tensions have also dismayed the public. A newly released joint poll conducted by news outlets the Washington Post and ABC News found that 60 percent of the respondents believe a recession next year is very or somewhat likely.

The U.S.-China trade dispute “may not be enough to tip an otherwise healthy U.S. economy into recession, but if it does, the United States will be in a uniquely bad position to fight its way out again,” said Jared Bernstein, senior fellow at the Center on Budget and Policy Priorities and chief economist to former Vice President Joe Biden, in an article published earlier this week on U.S. magazine Foreign Affairs.

In a recent interview with Xinhua, International Monetary Fund (IMF) chief economist Gita Gopinath said global growth is “sluggish” with many downside risks, citing the U.S.-China trade tensions as one of the factors to weigh down a precarious global recovery in 2020.

The IMF chief economist urged the two countries to conduct “productive” dialogue, and work together to improve and reform the rules-based multilateral trading system. “These are the two biggest economies in the world. And they need to work together,” she said. 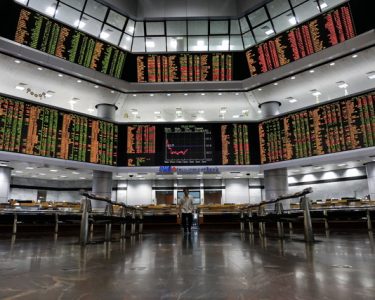