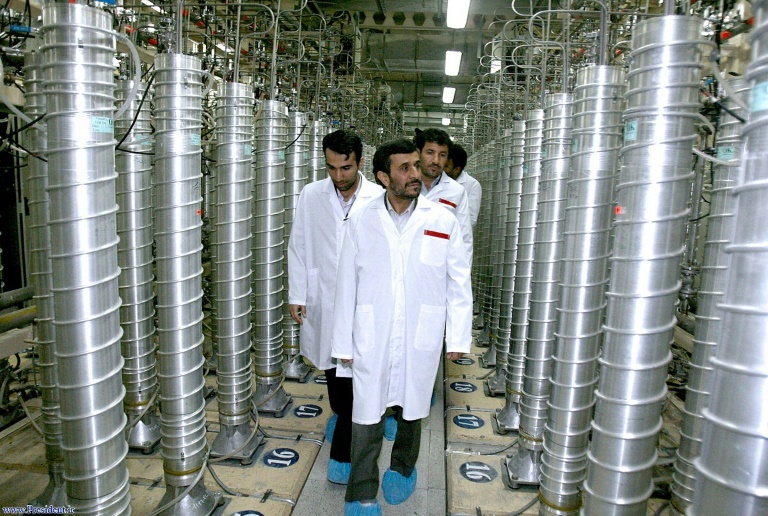 TEHRAN, Sept 8 (NNN-IRNA) – Iran announced details of a fresh move to stray from its commitments pertaining to the landmark 2015 multilateral nuclear accord, known as the Joint Comprehensive Plan of Action (JCPOA).

According to the announcement, Iran activated 20 IR-4 centrifuges and 20 IR-6 centrifuges, to boost the country’s stockpile of enriched uranium.

Spokesman for the Atomic Energy Organisation of Iran (AEOI), Behrouz Kamalvandi, said, the capacity of these machines is “many times” more than the previous ones.

“We have started lifting limitations on our research and development (R&D) programme, imposed by the deal … It will include development of more rapid and advanced centrifuges,” Kamalvandi said.

Iran’s new move to drop limitations on its R&D will facilitate the enrichment of uranium up to a level of 1,000,000 separative work units (SWU’s), he said.

SWU is the standard measure of effort required to separate isotopes of uranium, during an enrichment process. One SWU is equivalent to one kg of separative work.

Despite progress in the negotiations between Iran and the European parties to the nuclear deal, “final agreement has not been reached so far” pertaining to Iran’s interests under the deal, Rouhani said.

Rouhani also noted that, he would give the Europeans two months to fulfil their commitments, to shield the Iranian economy from the U.S. sanctions.

Under the accord, Iran was allowed to keep restricted quantities of first-generation centrifuges, less than 5,060 IR-1 centrifuges, at its two nuclear plants until 2026.

Kamalvandi said, the cuts of commitments are reversible if other parties to the JCPOA fulfil their obligations.

On Saturday, the IAEA said that it has inspectors on the ground in Iran, who will be able to look into Tehran’s move, to start advanced centrifuges to increase the country’s uranium stockpiles, according to Press TV.

An IAEA spokesman said, the acting chief of the agency, Cornel Feruta, will visit Iran on Sunday (today), to hold talks with high-level Iranian officials in Tehran.

“The visit is part of ongoing interactions between the IAEA and Iran,” the agency’s spokesman said.

Feruta’s visit to Tehran comes before a quarterly meeting of the IAEA’s Board of Governors in Vienna on Monday.– NNN-IRNA