Two Teenagers Arrested In Connection With Journalist’s Killing In Londonderry 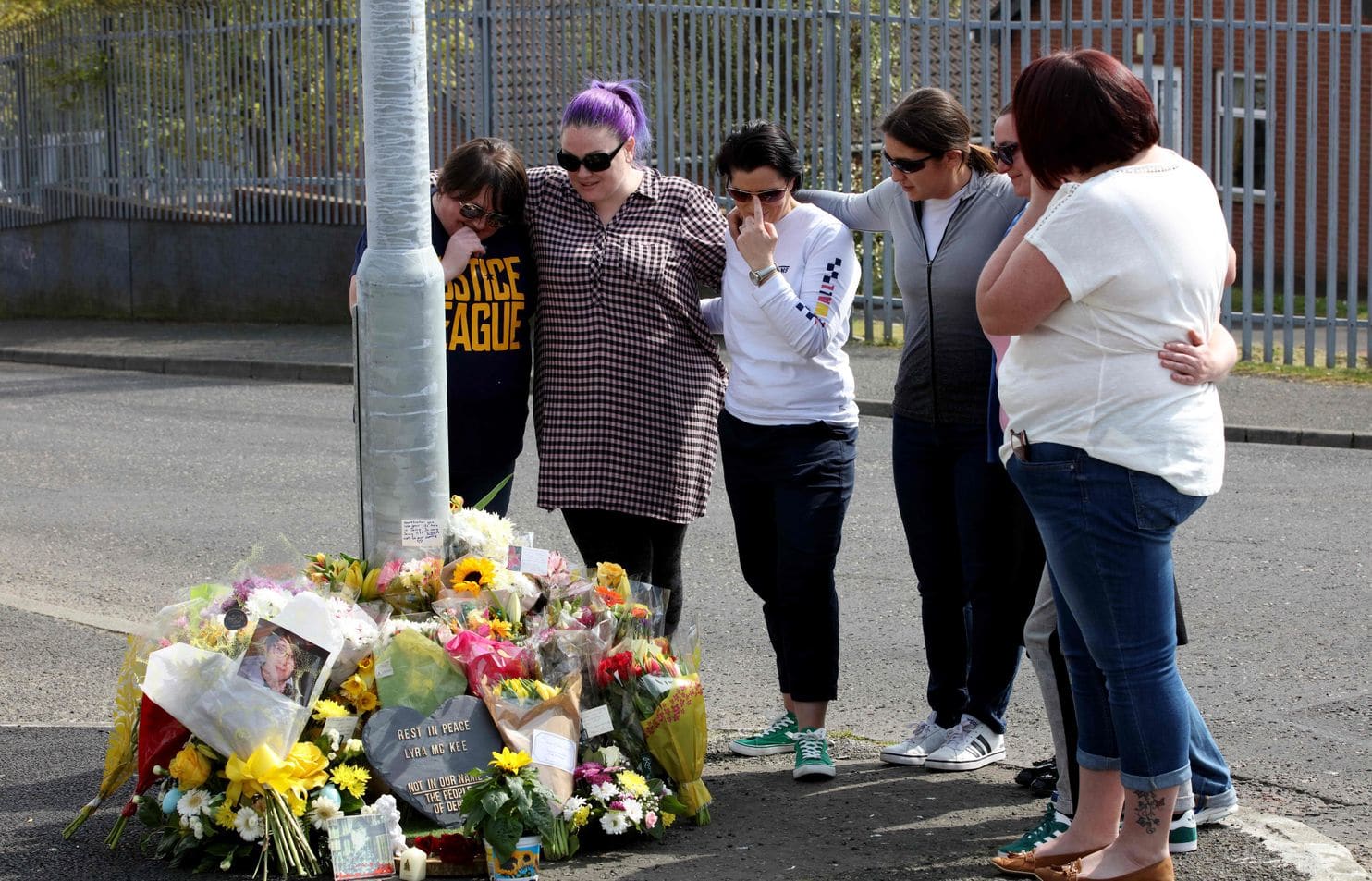 Speaking to media in Londonderry, Detective Superintendent, Jason Murphy, said, they arrested two teenagers, aged 18 and 19, under the Terrorism Act and conducted a number of searches, as part of the ongoing investigation into Lyra’s murder.

“Shortly before 11.00 pm on Thursday night, 29-year-old Lyra was murdered by terrorists. I believe that the people responsible are members of the new IRA,” Murphy said.

Murphy said, terrorists were “lurking in the shadows.” He warned, “What we are seeing is a new breed of terrorist coming through the ranks, and that for me is a very worrying situation.”

He said, Lyra was killed by shots that were fired indiscriminately, in Fanad Drive. “The brutal nature of the attack has sent shock-waves around the world. The shots were fired in a residential area, at a time when there were large numbers of local people on the street, including children. The gunman showed no thought for who may have been killed or injured, when he fired these shots.”

One eye-witness described how a masked gunman came round a corner and fired shots indiscriminately towards police vehicles.

“There were a number of houses with families – they had all spilled out on the street to see what was happening. There were young people, there were children on the street, there were teenagers milling about and a gunman just fired indiscriminately up the street,” the witness said.

Police were bombarded with at least 50 petrol bombs, while a number of vehicles were ambushed and set on fire, in what has been some of the worst violence seen in Northern Ireland for some time.

The Irish border area was a flash-point during the decades of conflict that cost over 3,600 lives after the 1960’s. The Irish Republican Army (IRA) waged a campaign for the reunification of the island, leading to 30 years of what is known as “the Troubles.” It laid down its guns in favour of pursuing a political solution in 1998.

Thursday’s violence broke out, after police were carrying out a search operation, looking for firearms that may have been used over the Easter weekend, which marks the anniversary of the 1916 Easter Rising, a time when dissidents are traditionally active.

Murphy described Lyra’s death as senseless and appalling beyond belief. “It represents the tragic loss of promise and the loss of potential, however, it should not be the loss of hope. We know that the people of Creggan do not support what happened and they stand with us today in outrage and disgust, at the mayhem that took place on their streets,” he said.

“Lyra’s murder was not just an attack on Lyra – it was an attack on the fabric of the community. Lyra’s killers have succeeded only in uniting the entire community in condemnation,” Murphy said, urging witnesses who had yet to come forward to not be deterred by intimidation.

British Prime Minister, Theresa May, said, the death of McKee is “shocking and truly senseless.” She expresses her deepest condolences to McKee’s family, friends and colleagues and said, “She was a journalist who died doing her job with great courage.”

In Dublin, Irish Prime Minister, Leo Varadkar said, “Our solidarity also goes out to the people of Derry and to the entire journalism community. We cannot allow those who want to propagate violence, fear and hate to drag us back to the past.”– NNN-AGENCIES