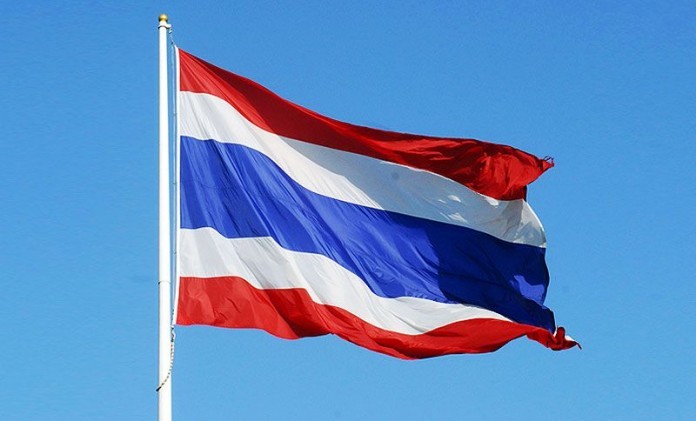 The constitutional law professor and scholar faced charges of insulting the court under Section 198 of Thai Criminal Code and also for breaching Section 14 (2) of Computer Crime Act.

“All charges filed (against me) are politically motivated as it was filed by a political competitor, a legal adviser for National Council for Peace and Order (NCPO) (Col Burin Thongprapai).

“For the case of contempt of court, why was the complaint was filed by a third party (Burin),” he said when met by reporters at TCSD office at Lak Si, Bangkok Wednesday.

Earlier, Piyabutr, FWP co-founder was at the Technology Crime Suppression Division (TCSD) headquarters at the Government Complex at Chaeng Wattana Road here Wednesday to hear the charges against him.

The two charges against Piyabutr were based on a video clip of him reading the party’s statement on the Constitutional Court’s decision to dissolve the Thai Raksa Chart Party in March.

Burin filed a complaint against Piyabutr for contempt of court and importing information that may undermine national security or public order into a computer system.

Piyabutr who denied all two charges said he would file a written submission by April 25.

He is the second FWP leader to face legal woes after the inconclusive general election.

On April 6, FWP party leader Thanathorn Juangroongruangkit was charged with sedition in an anti-junta rally dating back in 2015. He was present at Pathumwan Police Station to hear the charges against him.

Rising political star, Thanathorn faced another two charges for violating Article 189 for assisting others who commit a serious crime and Article 215 for taking part in an illegal assembly.

He faces nine years in jail if found guilty.

Thanathorn also faces a separate cybercrime charge over a speech he made on Facebook criticising the junta in July.

According to electoral law, a criminal conviction could spell electoral disqualification for both politicians.

As a constitutional law professor, Piyabutr said he had criticised court verdicts as part of his academic study and was never sued for contempt of court.

“When I am a politician, I am prosecuted for criticising the rulings,” he said.

On April 11, Thailand’s Foreign Ministry expressed disappointment and concern over the presence of representatives of foreign embassies to observe the legal proceedings of Thanathorn on April 6.