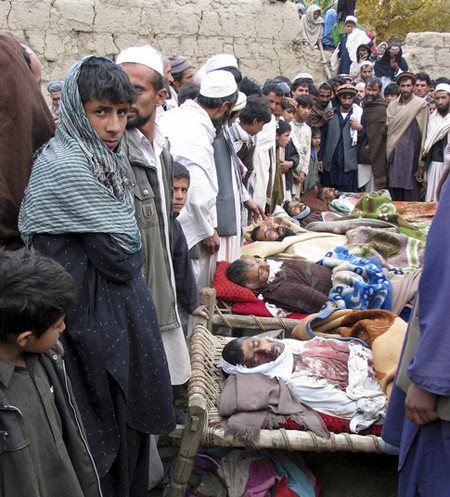 GHAZNI, Afghanistan, April 17 (NNN-AGENCIES) – At least 21 militants have been killed and 21 villages recaptured, over the past 24 hours, as security forces’ operations against Taliban fighters are going on in parts of Afghanistan’s Ghazni province, provincial government spokesman, Aref Nuri, said today (Wednesday).

Nine militants, including their commander, Qazi Hasan, were killed in Hasan Abad village, in the outskirt of provincial capital Ghazni city, as law and order were returned to the area, the official said.

However, the official didn’t make assessment on the possible casualties of security personnel.

The Taliban militant group has not made any comment on the report yet.– NNN-AGENCIES

Over 30 People Die In Dust Storm, Heavy Rains In India