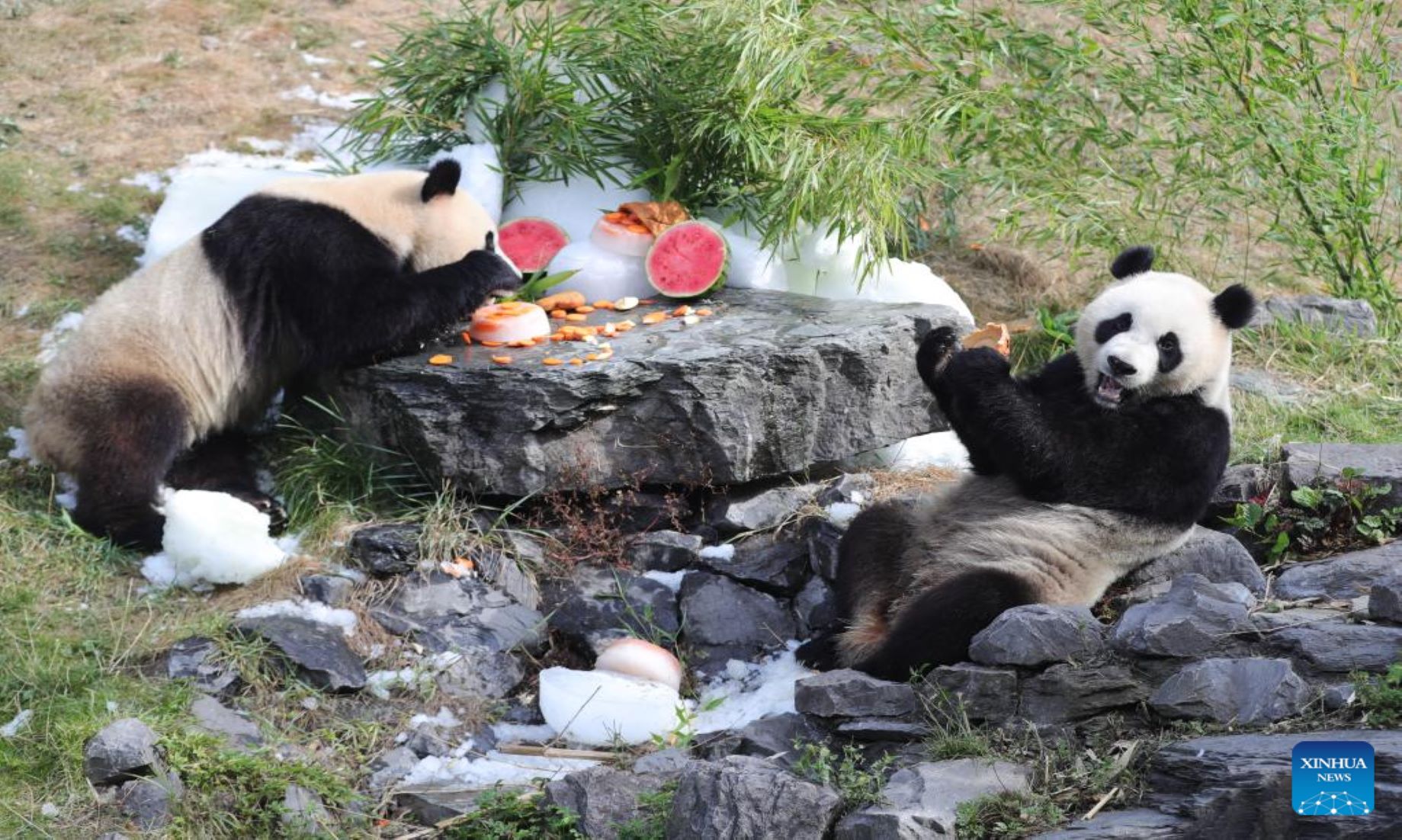 BRUSSELS, Aug 7 (NNN-XINHUA) – A birthday ceremony was held yesterday for Bao Di and Bao Mei, the panda twins born in 2019, in Belgium, in a privately owned zoo and botanical garden, located in Brugelette, Hainaut province in Belgium.

The panda twins celebrated their third birthday by eating a “cake” in front of the amused crowds.

At the ceremony, hosted by the Chinese Embassy in Belgium and the zoo, Ambassador Cao Zhongming, thanked the founder of Pairi Daiza Eric Domb, and the whole staff for their hard work taking care of the five giant pandas in the zoo.

“Bao Di and Bao Mei have become strong and tall, playful and lively, and they have brought joy and memories to Belgian audiences, especially children,” he said.

“Children here can become little ambassadors for China-Belgium relations, and make their own contributions, when they grow up to the development of friendly cooperation between both countries,” he noted.

Around 100 guests and visitors attended the event. In the afternoon, children took part in creative workshops, where they painted on handmade panda figurines and learned about traditional Chinese calligraphy.

Bao Mei and Bao Di’s parents, Xing Hui and Hao Hao, arrived in Belgium in 2014, on loan from China. According to Tommy Leclercq, governor of the province of Hainaut, their arrival sparked “wonders” from visitors. And Pairi Daiza has become over the years, a precious destination, not only for Belgians, but for so many others.

Bao Mei and Bao Di were born on Aug 8, 2019, attracting thousands of visitors coming to the zoo every day. This popularity is helped by the fact that, the twins are male and female, which is rare as litters are typically exclusively male or female.

The convention that governs the presence of pandas in Belgium provides that, all the couple’s children must be sent back to China at the age of four, in order to better safeguard the species of the giant pandas.

Tian Bao, the very first giant panda born to Xing Hui and Hao Hao in 2016, still remains in the zoo, in accordance with an agreement reached earlier this year between the zoo and the China Wildlife Conservation Association (CWCA), allowing the giant panda to stay in the zoo in 2022.

The process of returning Tian Bao to China has been delayed by the COVID-19 restrictions. Pairi Daiza has thus become one of the rare animal zoos outside of China that has five giant pandas at the same time.– NNN-XINHUA

Myanmar Reported No Deaths From COVID-19 For Nearly Four Months