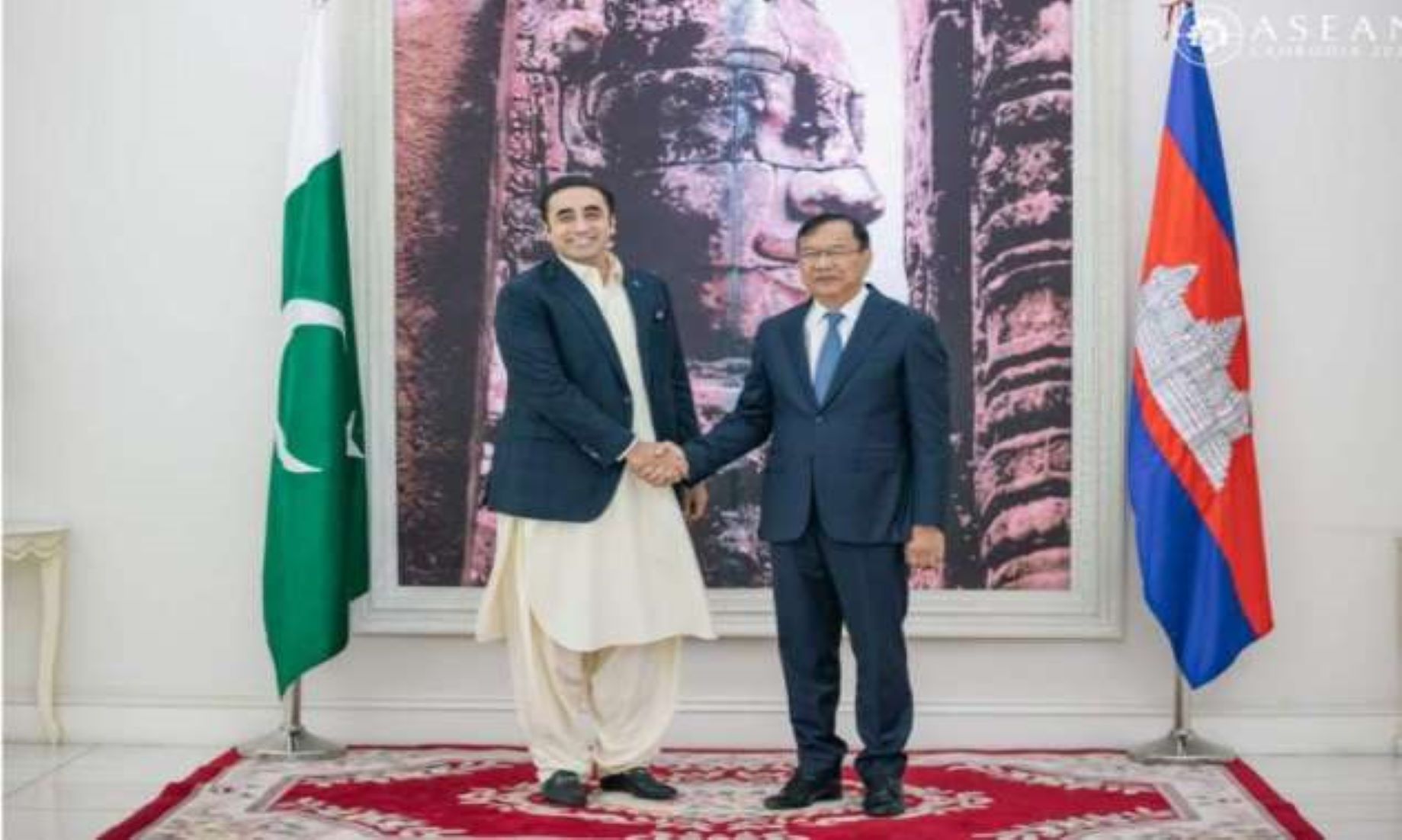 The commitment was made, during a meeting between Cambodian Deputy Prime Minister and Foreign Minister, Prak Sokhonn, and Pakistani Foreign Minister, Bilawal Bhutto Zardari, here, on the sidelines of the 29th ASEAN regional forum hosted by Cambodia, said foreign ministry spokesman, Chum Sounry.

“The two foreign ministers noted with pleasure the existing good relations of friendship and cooperation between the two countries,” Sounry said, in a news release.

“The two sides reaffirmed their joint commitment to working more closely, to promote bilateral relations, especially in political and economic fields, while the two countries are commemorating this year, the 70th anniversary of diplomatic relations,” he added.

The two top diplomats also underscored the importance of the exchange of high-level visits, the spokesman said, adding that, Zardari extended an invitation to Sokhonn to visit Pakistan, at a mutually convenient time.

The two ministers also agreed to push for the signing, as soon as possible, of a memorandum of understanding on bilateral consultation and cooperation between the two foreign ministries.

Such an MoU will serve as the starting point for the enhancement of bilateral cooperation, particularly trade promotion, establishment of connection between business communities of both countries and the people-to-people linkage, Sounry added.

According to the spokesman, Zardari also congratulated Cambodia for the successful holding of the 55th ASEAN foreign ministers’ meeting and related meetings.– NNN-AKP