Malaysia, US Value Longstanding Ties, Will Continue Working For Prosperity And Security 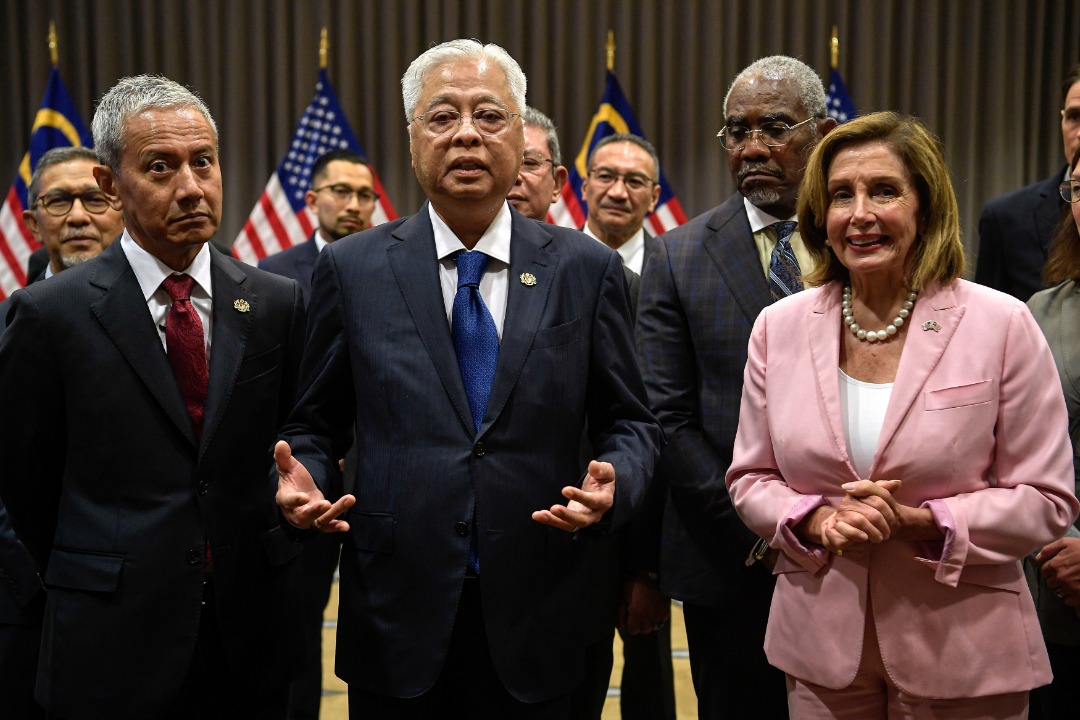 KUALA LUMPUR, Aug 2 (NNN-Bernama) — Malaysia and the United States (US) value their longstanding bilateral ties and will continue working together on economic prosperity and security.

Malaysian Prime Minister Ismail Sabri Yaakob and the US House of Representatives Speaker Nancy Pelosi (picture) said this during a luncheon hosted in honour of the latter at a leading hotel here, Tuesday.

Pelosi and her congressional delegation arrived in Malaysia early Tuesday as part of the official visit to four Asian countries.

Ismail Sabri in his welcoming remarks pointed out that both sides enjoyed good relations in all fields including economy, investment, health and defence.

The prime minister said the partnership was further strengthened and went a notch higher through the recently concluded ASEAN-US Special Summit held in Washington DC from May 12 to 13, which also bought ASEAN closer to the US.

The partnership was also strengthened through vaccine diplomacy cooperation where the US has donated one million doses of the Pfizer-BioNTech Covid-19 vaccines to Malaysia to help the country’s fight against the pandemic.

In defence, the US has extended a lot of assistance so far, including grant assistance worth US$200 million, he said.

“As we all know, Malaysia and the US enjoy good relations and remain important partners in all fields. In economy, the US is the biggest investor in the country,” he said in his speech in Malay at the luncheon meet.

Also in attendance at the event were Malaysian Senior Minister for Defence Hishammuddin Hussein and Foreign Minister Saifuddin Abdullah.

The prime minister thanked Pelosi and her delegation for her maiden visit to Malaysia in an effort to boost bilateral ties between both nations.

Meanwhile, Pelosi said she and her high-powered delegation were willing to learn more from Malaysia and collaborate closely in terms of security and economic prosperity.

“Malaysia is very important. We’ve had over 60 years of relationship between the United States and Malaysia. We value that relationship,” she added.

Kuala Lumpur is Pelosi’s second stop after Singapore on Monday before she heads to South Korea and Japan with her tour being closely watched to see if Taiwan is also on her itinerary.

The Chinese Foreign Ministry had said that in the event of Pelosi’s visit to Taiwan, Beijing will take decisive measures to protect its sovereignty and territorial integrity, and the US will be fully responsible for all the consequences resulting from the visit.

As part of her itinerary here, she paid a courtesy call on Dewan Rakyat (Malaysian Parliament) Speaker Azhar Azizan Harun at the Parliament building at noon.

The US established diplomatic ties with Malaysia in 1957 following the then Malaya’s independence from Britain.

The US is currently Malaysia’s third largest global trade partner and export destination, while Malaysia is the US’ 17th largest trade partner.

Despite the challenging global economy and economic uncertainties following the outbreak of Covid-19, total trade between the two countries increased by 21.4 per cent year-on-year to RM217.10 billion (US$52.37 billion) in 2021. (photoBERNAMA)

Indonesian Anti-graft Agency Teamed Up With Interpol To Hunt Fugitive