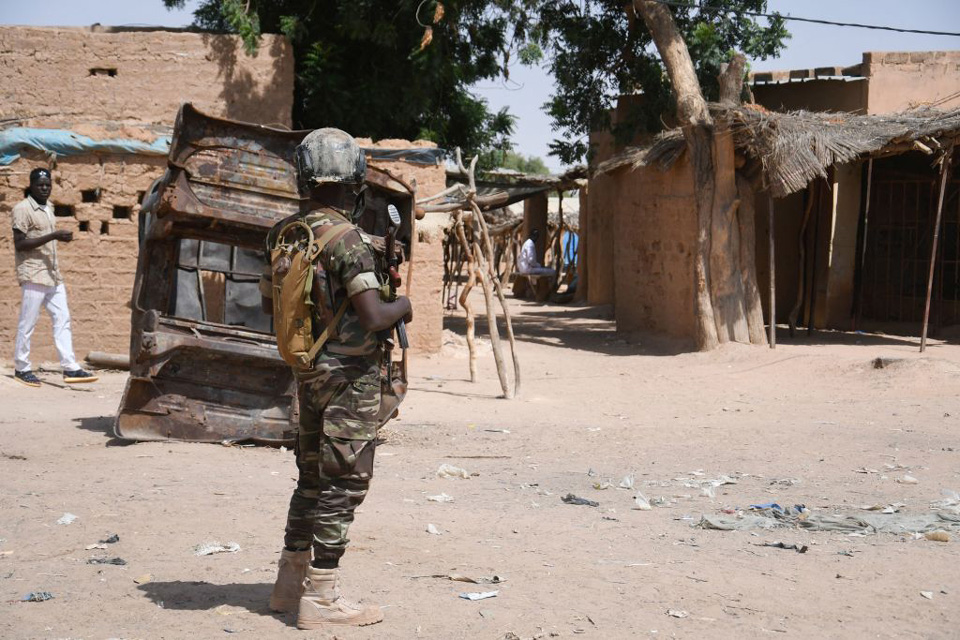 NIAMEY, July 6 (NNN-AGENCIES) — Suspected jihadists killed six soldiers and wounded 14 others in an attack on a military post in southeast Niger near the border with Chad, the defence ministry said.

The ministry statement read on public radio also mentioned “17 dead on the enemy side” and said “arms and ammunition were recovered by the armed forces combing the area” following the early Tuesday attack in Blabrine, in the Diffa region.

The “provisional report” from the ministry did not identify the attackers, but Niger has faced regular attacks by jihadists from Boko Haram and the Islamic State West Africa Province group.

According to the ministry, the attack was carried out from the night of July 4 to July 5 at around 1:00 am but the response from the soldiers “allowed the attack to be repelled and the enemy routed”.

It was the second attack in three days in southeast Niger’s Diffa region, which borders Chad and Nigeria. A Boko Haram assault on Sunday in Garin Dogo near the border with Nigeria left one soldier dead.

Blabrine borders Chad and its military base has been targeted several times since 2015.

In May 2020, 12 soldiers were killed and 10 wounded during an attack there blamed on Boko Haram, according to an official report.

Just months earlier, in late October 2019, 12 soldiers were killed and eight wounded in an attack on the same base.

During a visit to Garin Dogo at the end of June, President Mohamed Bazoum hailed progress in the fight against Boko Haram and Islamic State West Africa Province jihadists, saying: “We are winning this war.”

The Diffa region is home to 300,000 Nigerian refugees and internally displaced people, driven out by jihadist abuses, according to the United Nations.

In the west, Niger also faces Sahelian jihadist groups including the Islamic State in the Greater Sahara. Attacks targeting civilians and soldiers there are regular and bloody. — NNN-AGENCIES