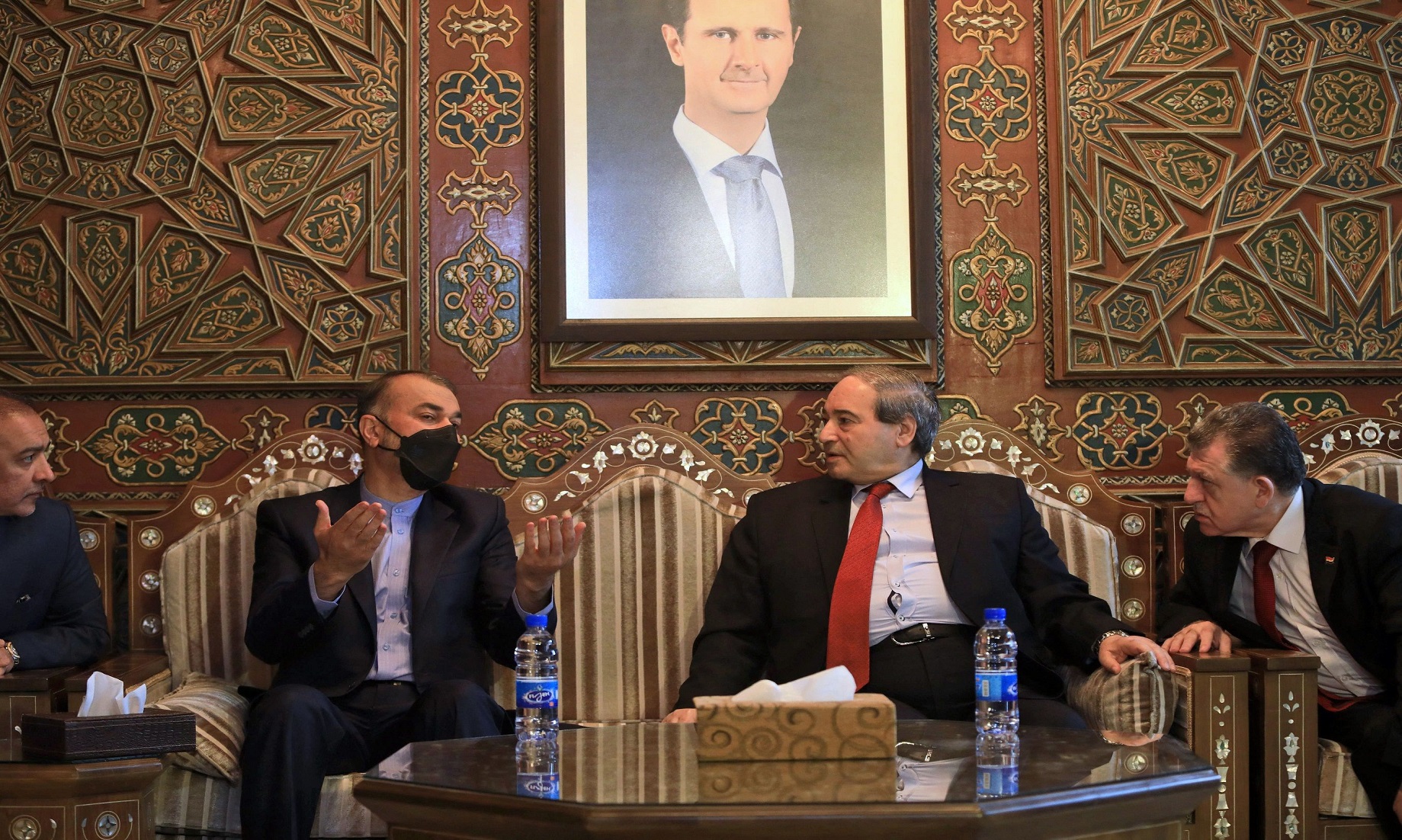 Tension has been brewing for weeks, after Ankara declared a plan to impose a buffer zone in northern Syria, on the border with Türkiye, through a military operation against the Kurdish militias in that region.

Any solution should lead to Türkiye’s withdrawal from Syrian territories, an end of Turkish attacks on Syria, and a halt of Turkish support for the rebel groups in Syria, Mekdad said, at a joint press conference held with visiting Iranian Foreign Minister, Hossein Amir-Abdollahian, who arrived in Syria to discuss ways to defuse the tension.

Amir-Abdollahian reiterated Iran’s willingness and full readiness to mediate to prevent a military operation in northern Syria and promote good relations between the two neighbouring countries. His visit to Syria comes days after he met with his Turkish counterpart, Mevlut Cavusoglu, in Ankara.

Türkiye has for long deemed the growing Kurdish influence in northern Syria as a threat to its security, and has also carried out several military operations against Kurdish groups there, accusing them of having links to Kurdish separatist groups inside Türkiye.– NNN-SANA