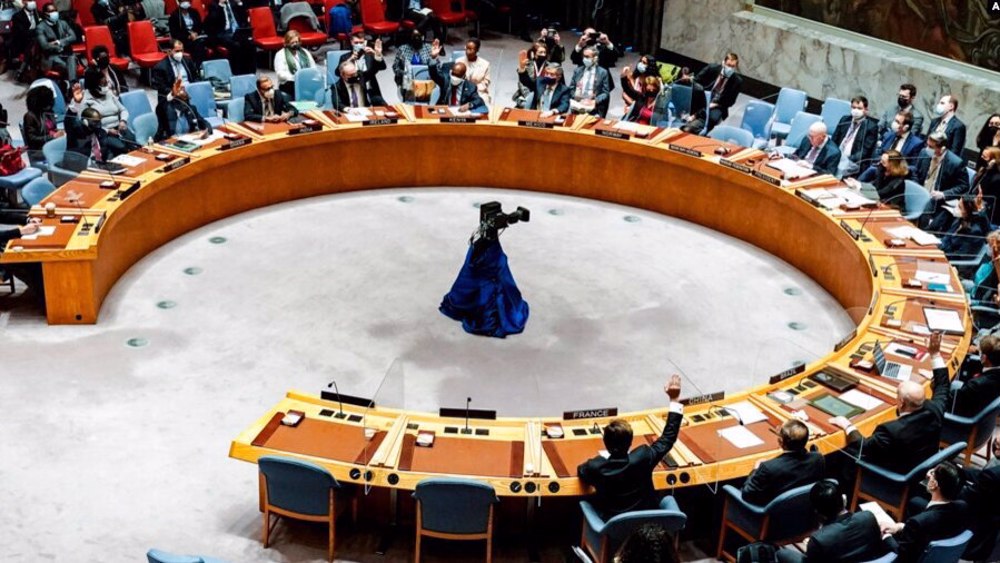 UNITED NATIONS, May 27 (NNN-AGENCIES) — China and Russia vetoed a US-led push to impose more United Nations sanctions on North Korea over its renewed ballistic missile launches, publicly splitting the UN Security Council for the first time since it started punishing Pyongyang in 2006.

The remaining 13 council members all voted in favour of the US-drafted resolution that proposed banning tobacco and oil exports to North Korea, whose leader Kim Jong Un is a chain smoker. It would also have blacklisted the Lazarus hacking group, which the United States says is tied to North Korea.

The vote came a day after North Korea fired three missiles, including one thought to be its largest intercontinental ballistic missile (ICBM), following US President Joe Biden’s trip to Asia. It was the latest in a string of ballistic missile launches this year, which are banned by the Security Council.

US Ambassador to the UN Linda Thomas-Greenfield described the vote as a “disappointing day” for the council.

“The world faces a clear and present danger from the DPRK (North Korea),” she told the council. “Council restraint and silence has not eliminated or even reduced the threat. If anything, DPRK has been emboldened.”

She said Washington had assessed that North Korea had carried out six ICBM launches this year and was “actively preparing to conduct a nuclear test”.

Over the past 16 years the Security Council has steadily, and unanimously, stepped up sanctions to cut off funding for Pyongyang’s nuclear weapons and ballistic missile programmes. It last tightened sanctions on Pyongyang in 2017.

Since then China and Russia have been pushing for an easing of sanctions on humanitarian grounds. While they have delayed some action behind closed doors in the Security Council’s North Korea sanctions committee, the vote on the resolution on Thursday was the first time they have publicly broken unanimity.

“The introduction of new sanctions against the DPRK (North Korea) is a path to a dead end,” Russia’s UN Ambassador Vassily Nebenzia told the council. “We have stressed the ineffectiveness and the inhumanity of further strengthening the sanctions pressure on Pyongyang.”

China’s UN Ambassador Zhang Jun said that additional sanctions against North Korea would not help and would only lead to more “negative effects and escalation of confrontation”.

“The situation on the Peninsula has developed to what it is today thanks primarily to the flip flop US policies and failure to uphold the results of previous dialogues,” he told the council.

China has been urging the United States to take action – including lifting some unilateral sanctions – to entice Pyongyang to resume talks stalled since 2019, after three failed summits between Kim and then-US President Donald Trump. The United States has said Pyongyang should not be rewarded.

The UN General Assembly will now discuss North Korea in the next two weeks under a new rule requiring the 193-member body to meet every time a veto is cast in the Security Council by one of the five permanent members – Russia, China, the United States, France and Britain. — NNN-AGENCIES

Vietnam Int’l Milk, Dairy Expo To Be Held In Hanoi