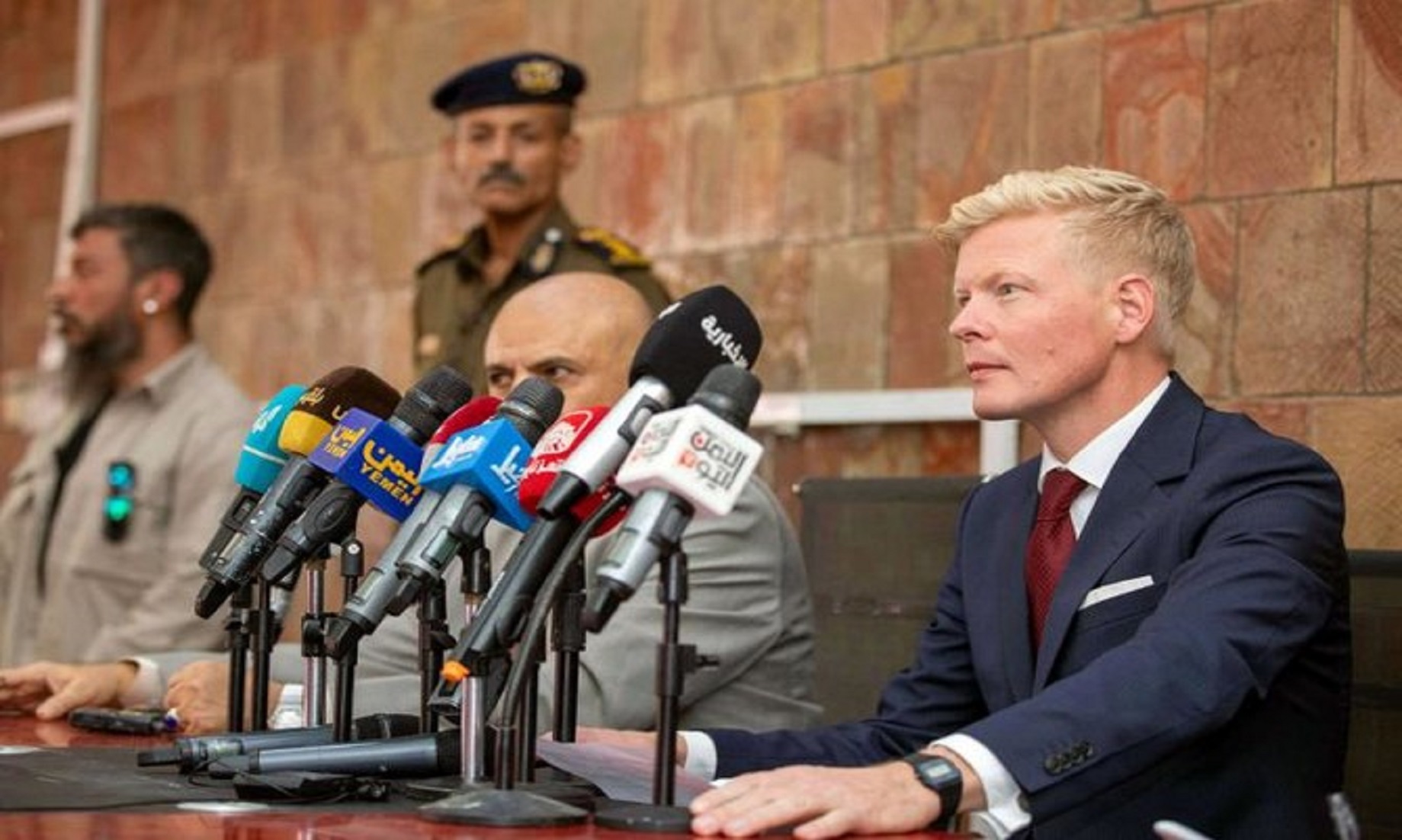 SANAA, May 26 (NNN-YPA) – UN Special Envoy for Yemen, Hans Grundberg, yesterday called on the warring parties in Yemen, to renew the ongoing two-month truce that is expected to expire on June 2.

“We have seen the tangible benefits the truce has delivered so far, for the daily lives of Yemenis. The parties need to renew the truce, to extend and consolidate these benefits to the people of Yemen, who have suffered over seven years of war,” Grundberg said.

“The truce has presented a window of opportunity, to break with the violence and suffering of the past and move towards a peaceful future in Yemen,” the UN envoy said, urging the Yemeni warring parties to “seize this opportunity” and to support a comprehensive political settlement of the conflict.

Earlier in the day, representatives of the Yemeni government and the Houthi group, started negotiations under the UN envoy’s auspices in Amman, the capital of Jordan, to discuss lifting the siege of Taiz city in south-western Yemen, which is the last major term to be fulfilled, pursuant to the agreement reached by the parties before entering the truce on Apr 2.

The truce also included resuming commercial flights to and from the Houthi-held airport, in the Yemeni capital Sanaa, and allowing the entry of fuel ships into the Houthi-held port of Hodeidah, which both have seen breakthroughs since the start of the truce.

The truce marks the first breakthrough in more than seven years, in efforts to end the war in Yemen that has killed tens of thousands of people, displaced four million, and pushed the country to the brink of starvation.– NNN-YPA