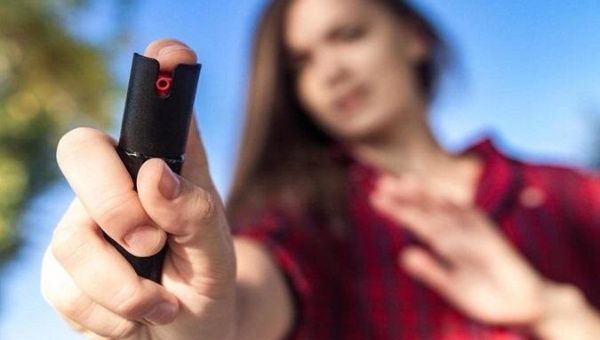 PANAMA CITY, May 25 (NNN-TELESUR) — Panamanian Institute for Women (INAMU) began to deliver canisters of pepper spray to women threatened to death so that they defend against their possible aggressors, most of whom are partners or former partners.

“These women, who were victims of gender-based violence in the past, fear that their aggressors will break the judicial restraining orders,” INAMU Director Nellys Herrera, stressing that the spray will be equipped with special ink to mark the aggressors.

Pepper spray is a chemical compound artificially created in the laboratory from capsicum oleoresin (OC), which affects the eyes, nasal cavities, skin, throat, and respiratory system.

“We hope that this initiative will become a mechanism for the aggressor to be prevented from attacking and identified if he finally does,” Herrera added, stressing that the women who are being granted the spray canisters received training for its use.

In 2021, femicides fell by 29 percent in Panama compared to the previous year. However, the country reported a 47 percent increase in women’s violent deaths after registering 22 cases of such crimes.

Between January and March 2022, femicide cases in Panama rose 20 percent, and violent killings of women increased by 100 percent compared to the same period in 2021, when only nine of such crimes were reported in the national territory.

“We call women victims of gender-based violence to break the silence cycle in which they have historically lived  and trust the system. We will seek to provide all possible support to them,” Herrera stated. — NNN-TELESUR