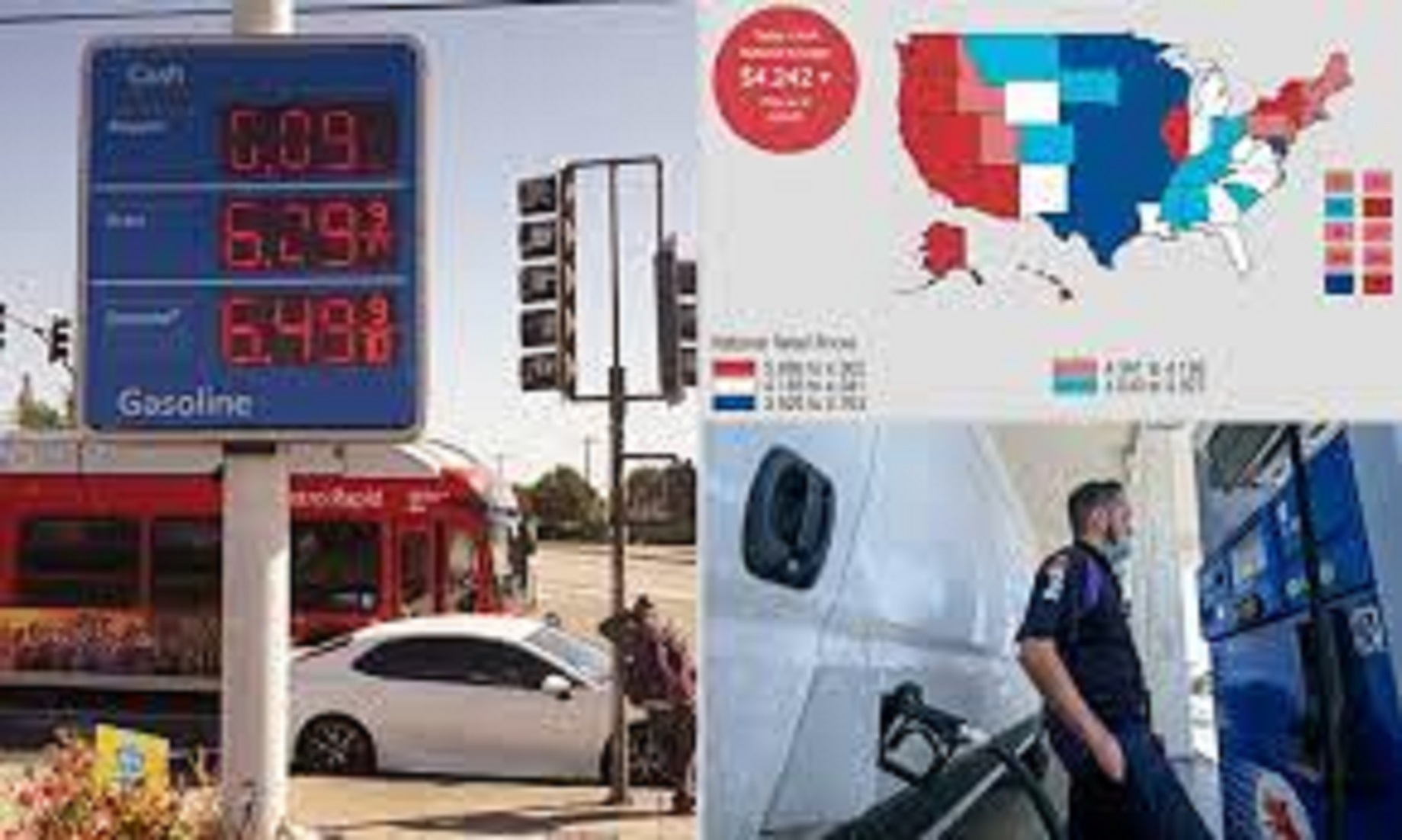 It’s the first time in history that the average price of regular gas in California surpassed six dollars a gallon, according to American Automobile Association (AAA). The state’s latest gas price is up sharply from 4.13 dollars a year ago, and 5.84 dollars only a week ago.

Many larger cities in the Golden State are paying more for gas, as the average stands at 6.067 dollars in Los Angeles County, and 6.269 dollars a gallon in San Francisco.

In rural Mono County, located about six hours’ drive north of Los Angeles and five hours’ drive east of San Francisco, the average price for a gallon of regular gas is 6.758 dollars, yesterday.

California continued to have the highest average gas prices in the U.S. The Mono County also has the highest county average nationwide, with some stations charging about 7.20 dollars.

The national average price rose four cents yesterday to 4.523 dollars, erasing the previous record set Monday. Moreover, Georgia, Kansas and Oklahoma, the last three states with an average price below four dollars a gallon on Monday, all crossed that threshold in yesterday’s reading.

AAA said, the surge of gas price is primarily due to the high cost of crude oil, which is hovering near 110 dollars a barrel.

“The high cost of oil, the key ingredient in gasoline, is driving these high pump prices for consumers,” said Andrew Gross, AAA spokesperson. “Even the annual seasonal demand dip for gasoline during the lull between spring break and Memorial Day, which would normally help lower prices, is having no effect this year.”

However, Shelley Channel, who owns a Shell station in Mono County, told USA Today that gas prices pushed by inflation, might have finally reached a tipping point in the region, unless the government finds ways of easing the financial pain.

“When inflation is running over eight percent, that’s different than it’s been in the past,” he said. “So, maybe it takes some extraordinary measures to try to address that, to help families be able to survive and pay their rent and put food on the table.”– NNN-AGENCIES