Clashes Erupt Between Palestinians, Israeli Police During Funeral In Jerusalem 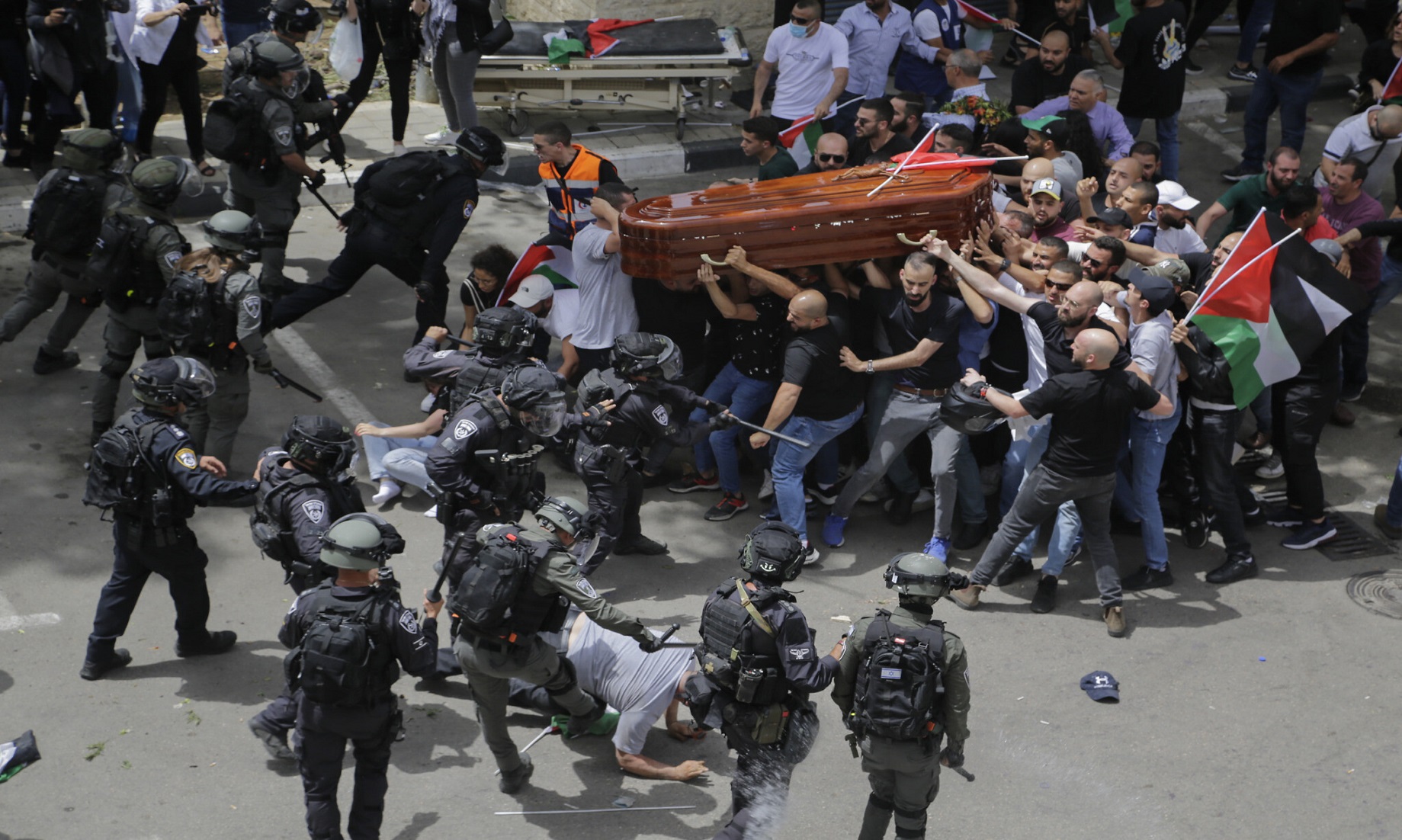 JERUSALEM, May 17 (NNN-WAFA) – Clashes erupted between Palestinians and Israeli police in East Jerusalem last night, as thousands gathered for the funeral of a young Palestinian, who died after being injured in clashes with police in Apr.

Israel’s state-owned Kan TV news reported that, Israeli police fired tear gas and rubber bullets to disperse Palestinian demonstrators, who hurled stones at them, and dozens of people have been injured.

The police said in a statement that, five Palestinians were arrested, amid “riots during a funeral of a suspect, who was shot by the regime’s police last month, after he hurled stones.”

No injuries have been reported among the Israeli regime’s forces.

Hundreds of mourners attended the funeral of Waleed Shareef, who died on Saturday of wounds. He was injured on Apr 22, when Israeli police fired rubber bullets at Palestinian demonstrators, at the Al-Aqsa Mosque compound.

The incident came, amid heightened tensions over a string of clashes between Palestinians and Israeli police, in the Al-Aqsa Mosque compound in recent weeks.– NNN-WAFA

13 Injured In Blast In Pakistan’s Karachi