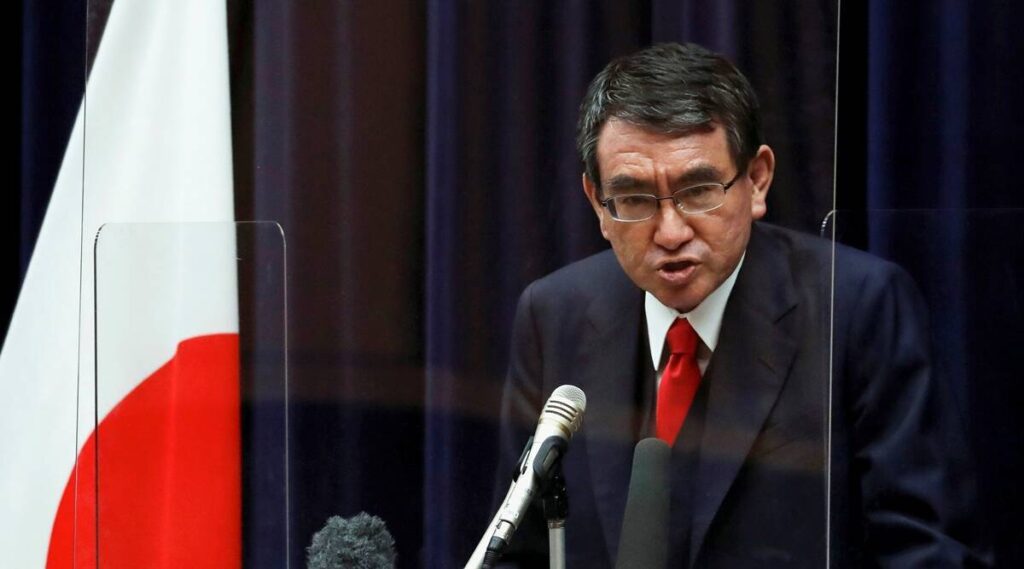 Kono vowed at a press conference that he would focus on curbing COVID-19, while “moving Japan forward,” saying that, “we have to overcome this crisis. I want to create a warm society where people can lean on each other.”

However, in contrast to his previous position, against the use of nuclear energy, he said at the press conference that, it is “realistic” to reactivate reactors that have been confirmed safe, to achieve Japan’s goal of carbon neutrality by 2050.

He also expressed the need to promote renewable energy and denied having any plans to build new reactors.

Kono, with his reform-minded policies, has led public opinion polls as the preferred candidate to succeed Suga. However, some of his past views were opposed to the LDP’s mainstream, such as allowing matrilineal imperials to ascend the Chrysanthemum Throne.

Kono was born in Kanagawa Prefecture to a prominent political family. His father Yohei Kono, is the former speaker of the House of Representatives.

Graduated from Georgetown University in Washington, Kono worked in the private sector including at Fuji Xerox before successfully running for the lower house in 1996.

Currently doubling as administrative reform minister, he has served in a number of other Cabinet posts such as, foreign minister and defence minister. This is his second attempt to run for the LDP leader after a failed bid in 2009.

Regarding Japan’s controversial plan of releasing treated radioactive water into the ocean, Kono said, he would seek to reduce concerns from neighbouring countries by presenting scientific evidence on the safety of the process.– NNN-NHK