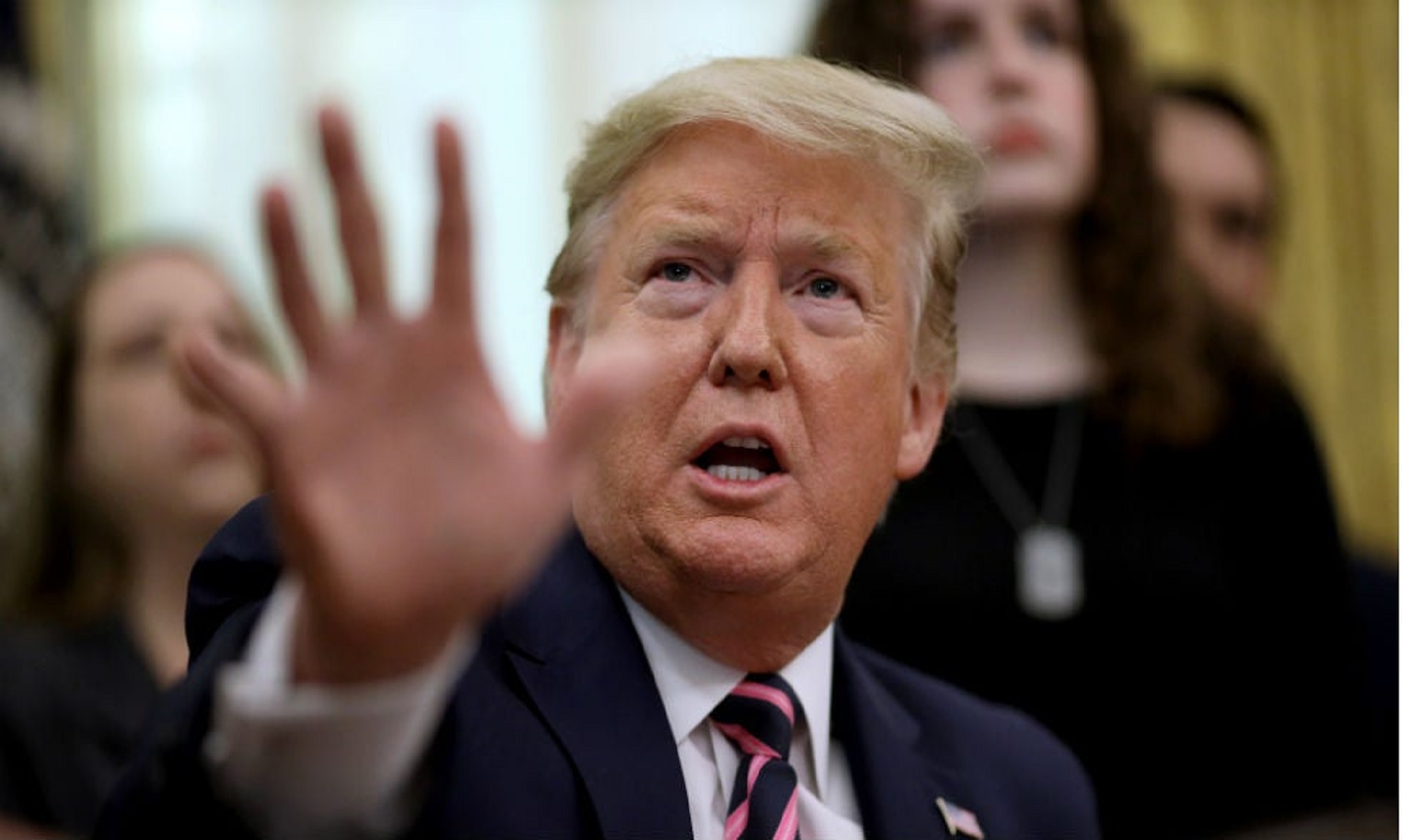 WASHINGTON, May 15 (NNN-AGENCIES) — US President Donald Trump further hardened his rhetoric towards China on Thursday, saying he no longer wishes to speak with Pres Xi Jinping and warning darkly he might cut ties over the rival superpower’s handling of the coronavirus pandemic.

Tensions have ratcheted up between Washington and Beijing as they trade barbs over the origin of the pandemic – which first appeared in late 2019 in the Chinese city of Wuhan, and which Trump has dubbed the “Plague from China.”

“I have a very good relationship (with Xi), but I just – right now I don’t want to speak to him,” Trump told Fox Business. “I’m very disappointed in China. I will tell you that right now,” he said.

Asked how the United States might choose to retaliate, Trump gave no specifics but struck a threatening tone, saying: “There are many things we could do. We could do things. We could cut off the whole relationship.”

“If you did, what would happen?” Trump asked. “You’d save $500 billion if you cut off the whole relationship.”

Trump has for weeks accused China of concealing the true scale of the outbreak, allowing it to spread unchecked across the globe and claim the lives of 300,000 people to date.

Beijing strongly denies the charge, insisting it transmitted all available data as soon as possible to the World Health Organization.

“It’s very sad what’s happened to the world and to our country, with all of the deaths,” he said.

The US-Chinese standoff over the pandemic has raised questions over the fate of a partial trade deal inked in January that had marked a truce in their bruising economic war.

Trump earlier this week ruled out renegotiating that deal, when asked about reports that China was looking to reopen talks.

Last Friday Vice Premier Liu He, who led China’s negotiations, spoke by phone with Washington’s top negotiators and confirmed that both sides agreed to implementing the first phase of the deal.

But the war of words has simmered on, with US authorities adding fuel to the fire Wednesday by saying Chinese hackers were trying to obtain coronavirus data on treatments and vaccines, and warning the effort involved Chinese government-affiliated groups and others.

The FBI and the Cybersecurity and Infrastructure Security Agency said China’s efforts posed a “significant threat” to the US response to COVID-19 — coming as dozens of companies, institutes and governments around the world are racing to develop a vaccine.

When asked on Fox Business what evidence there was to support that claim, Trump was less categorical than on past occasions, even appearing to dial back his assertion.

“We have a lot of information, and it’s not good. But you know, the worst of all, whether it came from the lab or came from the bats – it all came from China and they should have stopped it,” he said.

Nevertheless, US officials are pressing ahead in search of ways to punish China and seek compensation for the costs of the pandemic – and Republican senators on Tuesday proposed legislation that would empower Trump to slap sanctions on China if it does not give a “full accounting” for the outbreak. — NNN-AGENCIES