No One Can Obstruct Palestinians From Holding General Elections: Senior PLO Official 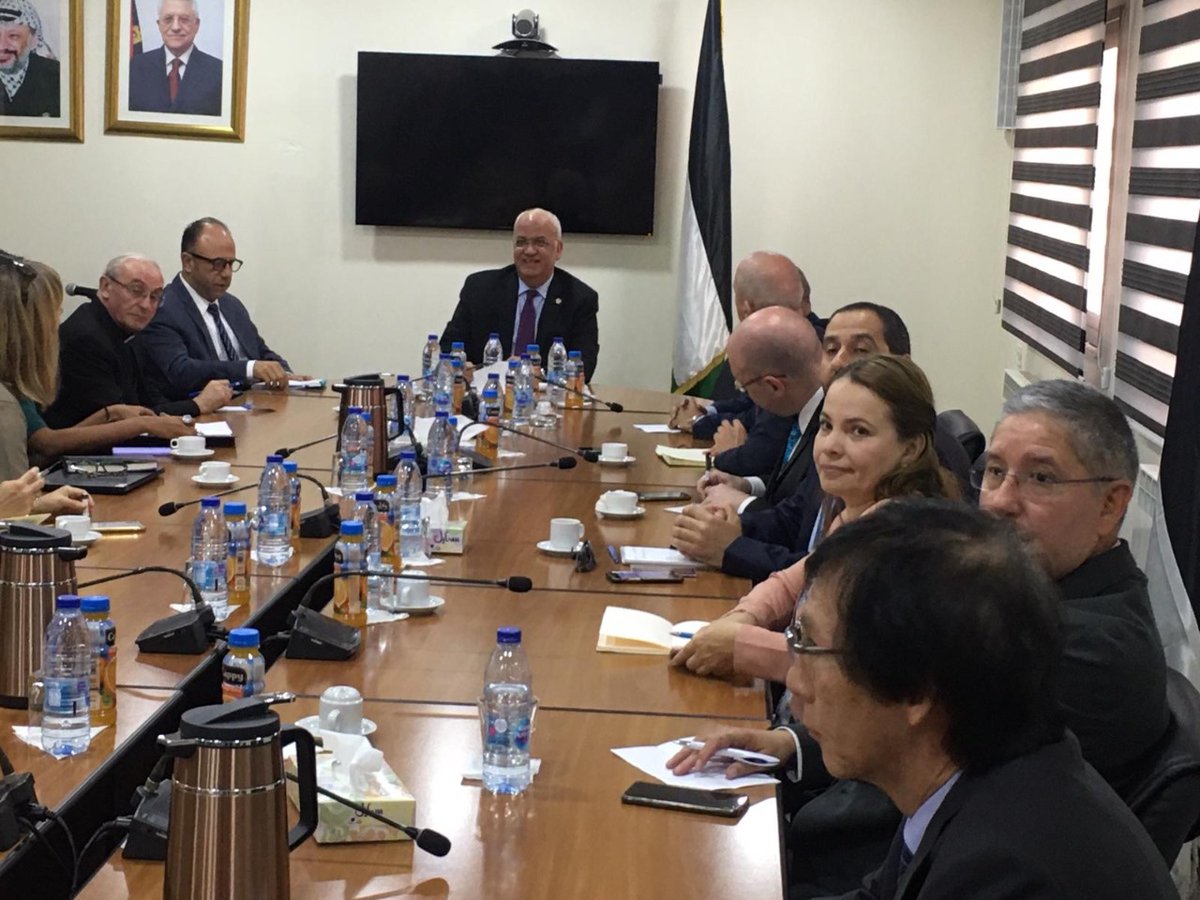 RAMALLAH, Palestine, Oct 23 (NNN-WAFA) – A senior Palestinian official stated that, no one has the right to veto or intervene in the holding of general elections in the Palestinian territories.

Saeb Erekat, secretary general of the Executive Committee of the Palestine Liberation Organisation (PLO), made the remarks in a news conference, held after his meeting with European ambassadors and consuls.

“No person or political movement shall deprive the Palestinian people of choosing their representatives,” said Erekat, adding, “We understand that there are personalities, movements or parties that do not want to join the elections.”

He also said that, “this is part of the democratic process, but no one has the right to prevent people from going to the polls or racing for office.”

“Elections are an entitlement for the Palestinian people,” Erekat said, stressing that, “no one deprives us of returning to the will of the people to go for free, direct and fair elections, under full international supervision.”

The veteran Palestinian politician said, he urged the European diplomats to help the Palestinians by exerting pressure on the Israeli government, to be committed to the agreements signed with the Palestinians in 1995 on holding the elections.

“Elections had been held in the Palestinian territories (The West Bank, Gaza Strip and East Jerusalem) in 1996, 2005 and 2006, according to the agreements,” said Erekat, adding, he hoped that Israel won’t obstruct holding it this time.

Head of the Palestinian Central Elections Commission, Hanna Nasser, is scheduled to visit the Gaza Strip next week, to hold a dialogue with leaders of the Islamic Hamas movement and other factions on the elections.

Nasser has already met with representatives of Palestinian factions and civil society organisations in the West Bank, on the arrangements for holding the elections.

Senior Hamas leader, Mahmoud al-Zahar, said, all the elections for parliament, president and National Council should be held on the same day.

“Holding legislative election only, is a matter that is not accepted,” al-Zahar told a workshop in Gaza, on holding the Palestinian elections, adding that, “this decision would deepen the ongoing internal division.”– NNN-WAFA

Greece moves more migrants to mainland, warns others to stay away