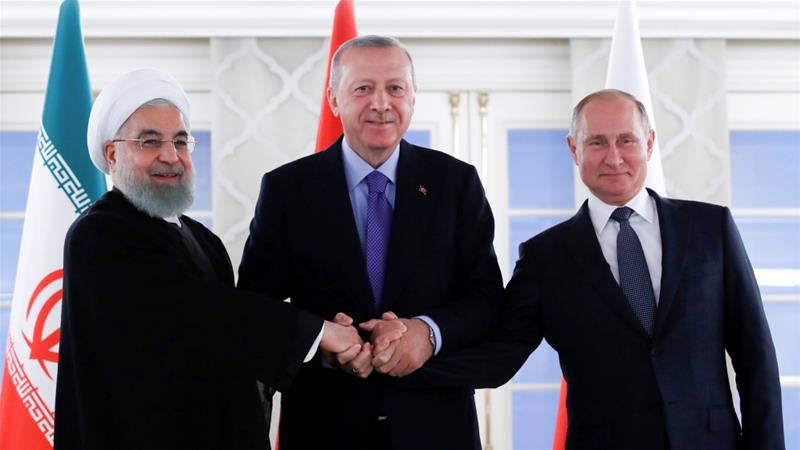 ANKARA, Sept 17 (NNN-ANADOLU) – Turkey, Russia and Iran focused on the security issue in Syria on Monday, in Ankara, during a three-way talk and emphasised the need of a long-lasting truce in the northwestern Idlib region of the war-torn country.

Turkish President, Recep Tayyip Erdogan, his Russian counterpart, Vladimir Putin and Iranian counterpart, Hassan Rouhani, met in the Turkish capital, for the fifth summit since 2017, within the framework of the Astana process.

“The rising tensions in Idlib was a focal point of our discussions. Since Apr, the number of civilians killed in air and land operations has reached around 1,000,” said Erdogan, during a joint press conference.

Turkey, Russia and Iran need to take more responsibility to establish peace in Syria, and also regarding the last rebel-held bastion of Idlib, after Russia supported Damascus’ push in this region, Erdogan added.

The three leaders expressed concern over a new wave of migration that could be triggered towards Turkey from the Idlib province and said, they have agreed on “additional measures” to prevent such a scenario and the deterioration of the situation on the ground.– NNN-ANADOLU