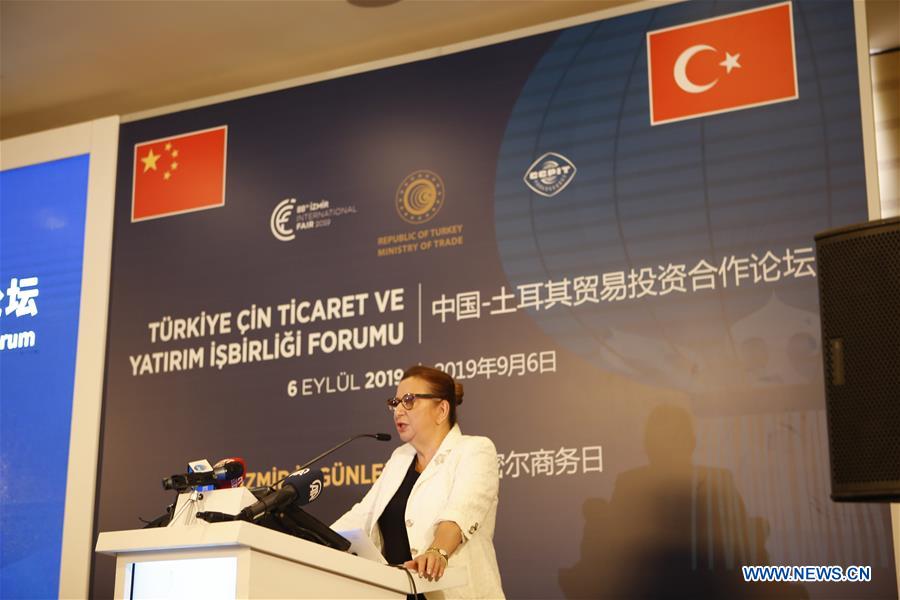 The agreements were concluded on the China-Turkey Trade and Investment Cooperation Forum, held in Turkey’s Aegean city of Izmir.

The deals were inked between Shanghai International Technology Exchange Centre and the Izmir Chamber of Commerce, on technological and business cooperation, as well as, the Industrial and Commercial Bank of China (ICBC) in Turkey and Sichuan Airlines.

The governments of China’s southwestern city of Chengdu and Izmir also signed a letter of intent to establish partnership and cooperation.

Speaking at the forum, Chinese Ambassador to Turkey, Deng Li, hailed the growing business ties between the two countries, adding that, China is seeking more balanced trade with Turkey.

This year has witnessed an increasing export of Turkish cherries to China, more exports of Turkey’s agro goods, including pistachio and dairy products are expected to follow, said Deng.

For her part, Turkish Trade Minister, Ruhsar Pekcan, underlined that China has become the third largest trade partner of Turkey, adding that, Turkey is looking forward to more cooperation with Chinese companies.

Bilateral trade volume between Turkey and China has increased to 23.6 billion U.S. dollars in 2018, up from 1.1 billion dollars in 2001, according to the Turkish minister.– NNN-XINHUA