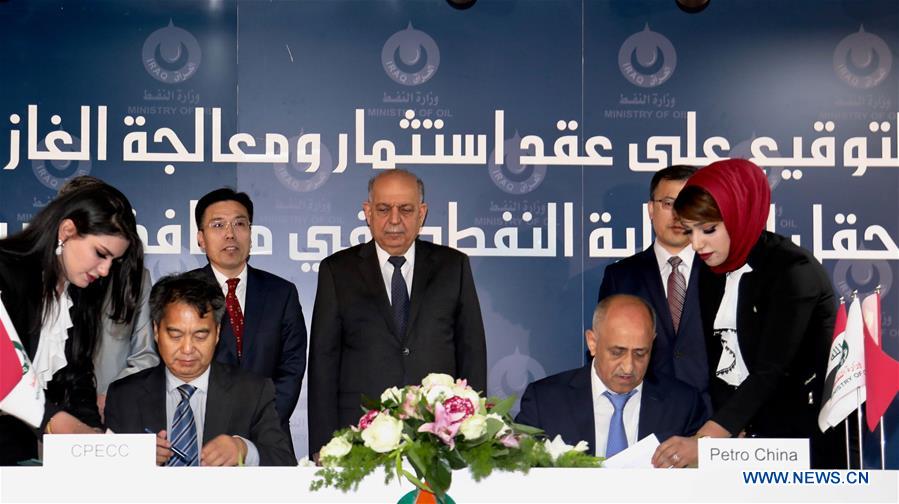 “BOC signed a contract with China’s Hilong Oil Service & Engineering Co., Ltd, to prepare and complete 80 oil wells, at a cost of 54 million U.S. dollars,” the statement said, without giving further details about the oil wells.

Another contract was also signed between BOC and the Iraqi Drilling Company, to drill 43 oil wells in Majnoon oil field, with an estimated cost of 255 million U.S. dollars, the statement quoted Ihsan Abdul Jabbar, BOC director general, as saying.

“The signings of the two contracts are part of BOC’s plans to increase the oil production rates in Majnoon to 400,000 barrels per day in 2022,” the statement said.

Majnoon is one of the richest oil fields in the world, with estimated reserves of about 38 billion barrels of crude.

Two years ago, the Dutch Shell oil company withdrew from a previous contract to develop Majnoon oil field, under the pretext of focusing on gas production, said Asim Jihad, spokesman for the Iraqi Oil Ministry.

After Shell’s withdrawal, the ministry decided to develop the oil field, depending on the national experience and some friendly companies, Jihad added.– NNN-XINHUA