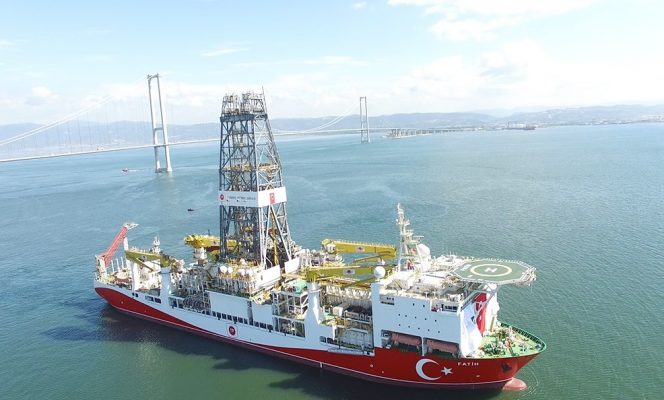 ANKARA, Turkey, May 7 (NNN-ANADOLU) – Turkey’s first drill ship, continues drilling its second well in the Eastern Mediterranean, despite objections from the United States and EU, Daily Sabah reported on Monday.

The drill ship “Fatih,” headed to the west of the island of Cyprus on Friday morning, with three support vessels and a frigate from the southern port of Antalya.

The report said, the offshore drilling activities will continue until Sept 3.

The United States and EU expressed their concerns over the Turkish move, and urged their NATO ally to suspend its drilling operations in a disputed area, where both Turkey and Greek Cypriot claimed as the Exclusive Economic Zone.

“This step is highly provocative and risks raising tensions in the region,” the U.S. State Department spokesperson, Morgan Ortagus, said in a statement, on Sunday.

“We urge the Turkish authorities to halt these operations and encourage all parties to act with restraint,” he added.

Federica Mogherini, the high representative of the EU for Foreign Affairs and Security Policy, called on Turkey to reconsider exploratory drilling plans, off the island of Cyprus.

In a written statement released Saturday, the Turkish Foreign Ministry said, Turkey will carry out the drilling, in line with its legal rights stemming from international law.

Turkey, Greece and the internationally recognised Greek Cypriot government, have overlapping claims of jurisdiction for offshore oil and gas exploration in eastern Mediterranean.

Ties between Ankara and Athens have strained, over attempts to tap gas and oil in the disputed area.– NNN-ANADOLU