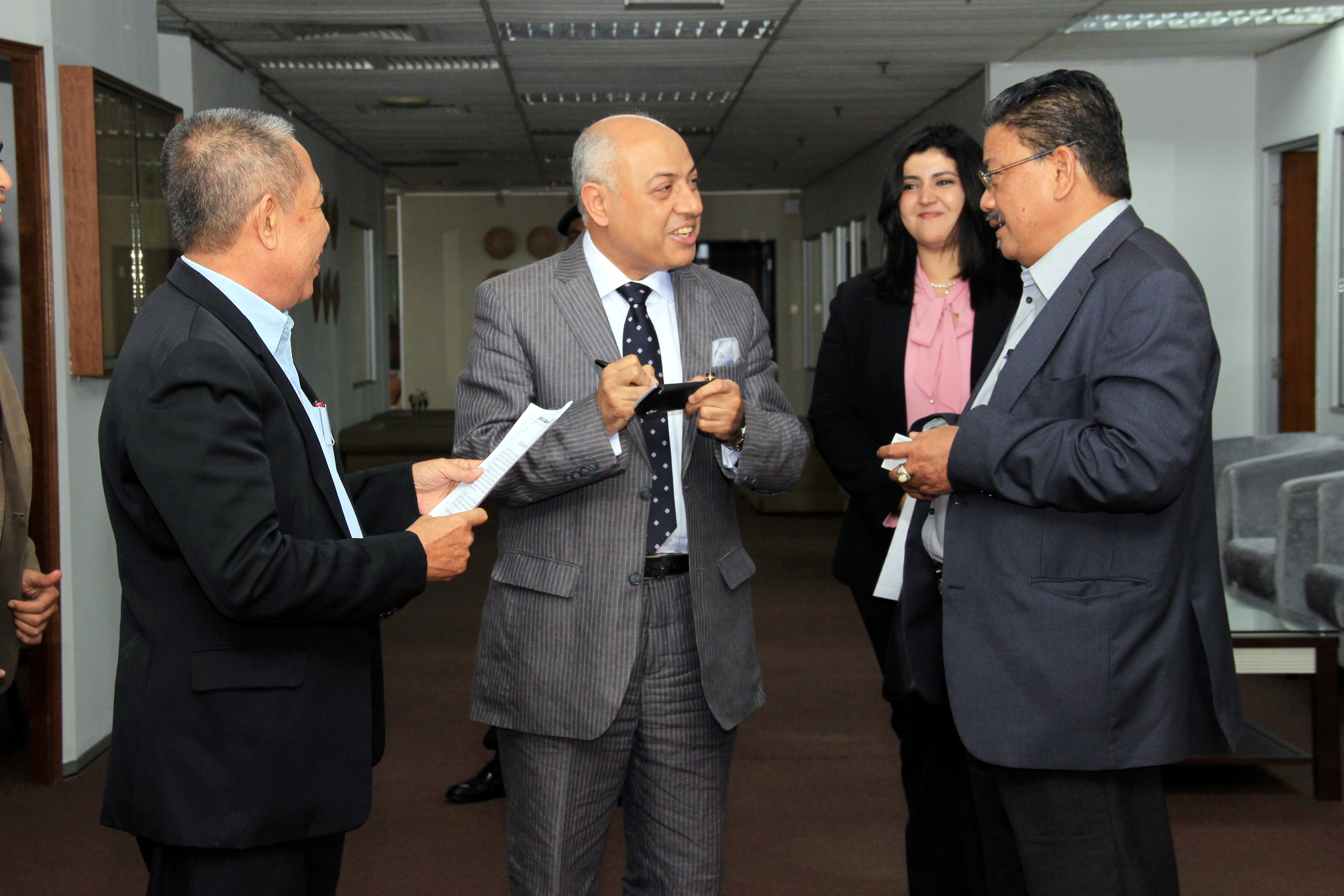 KUALA LUMPUR, April 23 (NNN-BERNAMA) — Egypt is keen to revitalise economic ties with Malaysia and hopes to achieve US$1 billion (US$1=RM4.13) in bilateral trade this year.

The country’s Ambassador to Malaysia, Gamal Abdelrehim Metwally, (two left) said the trade relationship between both countries has been dormant for some time, with the last Egyptian trade delegation having visited Malaysia 15 years ago.

A trade delegation from Egypt arrived last Sunday and will be in Malaysia until April 24.

Hence, he said, the Egyptian trade delegation had expressed a strong interest in promoting and improving commercial and economic relations with Malaysia.

“I met Tourism, Arts and Culture Minister Mohamaddin Ketapi this morning and we discussed how to reconnect (both countries) via a direct flights. Malaysia Airlines could soon fly to Cairo and EgyptAir is going to come back to Malaysia,” he added.

He told reporters this during a business networking event held in collaboration with the National Chamber of Commerce and Industry of Malaysia (NCCIM).

He said Egypt, currently the largest importer of Malaysia’s palm oil, was also keen to play a role as a gateway for the country’s export of the commodity into the African market.

“We met Primary Industries Minister Teresa Kok Monday and discussed with her on how we can cooperate and consolidate the existing (trade) relationship between both countries, not only in palm oil, but also in other sectors under the supervision of the ministry,” he added.

He said the council had been inactive since the Egyptian revolution of 2011, with trade between both countries falling by around 40 per cent from 2011-2016.

He said there was a window of opportunity for both countries to explore business opportunities through active trade and investment activities via the business council.

In 2018, Egypt was Malaysia’s fourth largest trading partner in Africa, with a seven per cent share of Malaysia’s African trade. (photoBERNAMA)

May 2 Hearing For Application To Move Rosmah’s Corruption Case