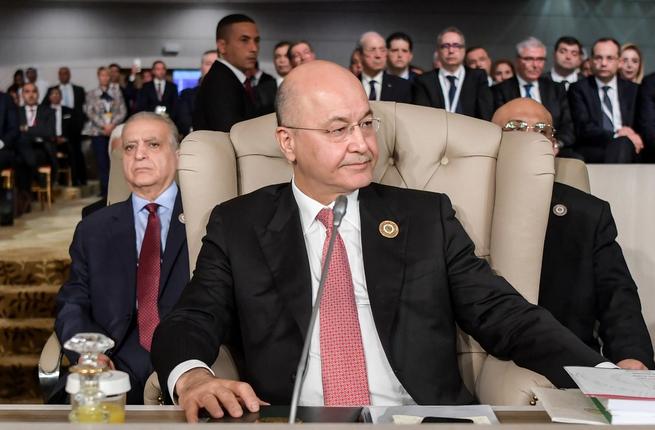 Salih made the remarks during his meeting with Mikhail Bogdanov, special envoy of Russian president to the Middle East and Africa, and also a deputy foreign minister.

“Salih stressed the need for concerted regional and international efforts, to combat extremism and terrorism, mitigate tensions, and expand the horizons of cooperation, in order to promote security and stability in the region,” the statement said.

The Iraqi leader also “emphasised Iraq’s interest in enhancing relations with the Russian Federation, at the political, economic and investment levels, calling on the Russian side to effectively participate in the reconstruction of Iraq and invest in the oil and energy sectors,” the statement added.

For his part, Bogdanov reaffirmed the support from the Russian government and people, to Iraq, and the desire to develop relations between the two countries in all fields.

On Tuesday, Salih met with Kenneth McKenzie, commander of the U.S. Central Command (CENTCOM), in the capital, Baghdad, calling for reducing tension in the Middle East.

Salih’s comments came, after the United States designated Iran’s Islamic Revolution Guards Corps as a “foreign terrorist organisation,” a move that is expected to further complicate the Middle East situation.

Iran also designated the CENTCOM and all its affiliates as “a terrorist group” on Monday.

Relations between the two states have been flourishing in recent years, especially with Russia’s support to Iraq in the fight against terror, and increasing investments of Russian companies in oil and gas in the country.– NNN-NINA