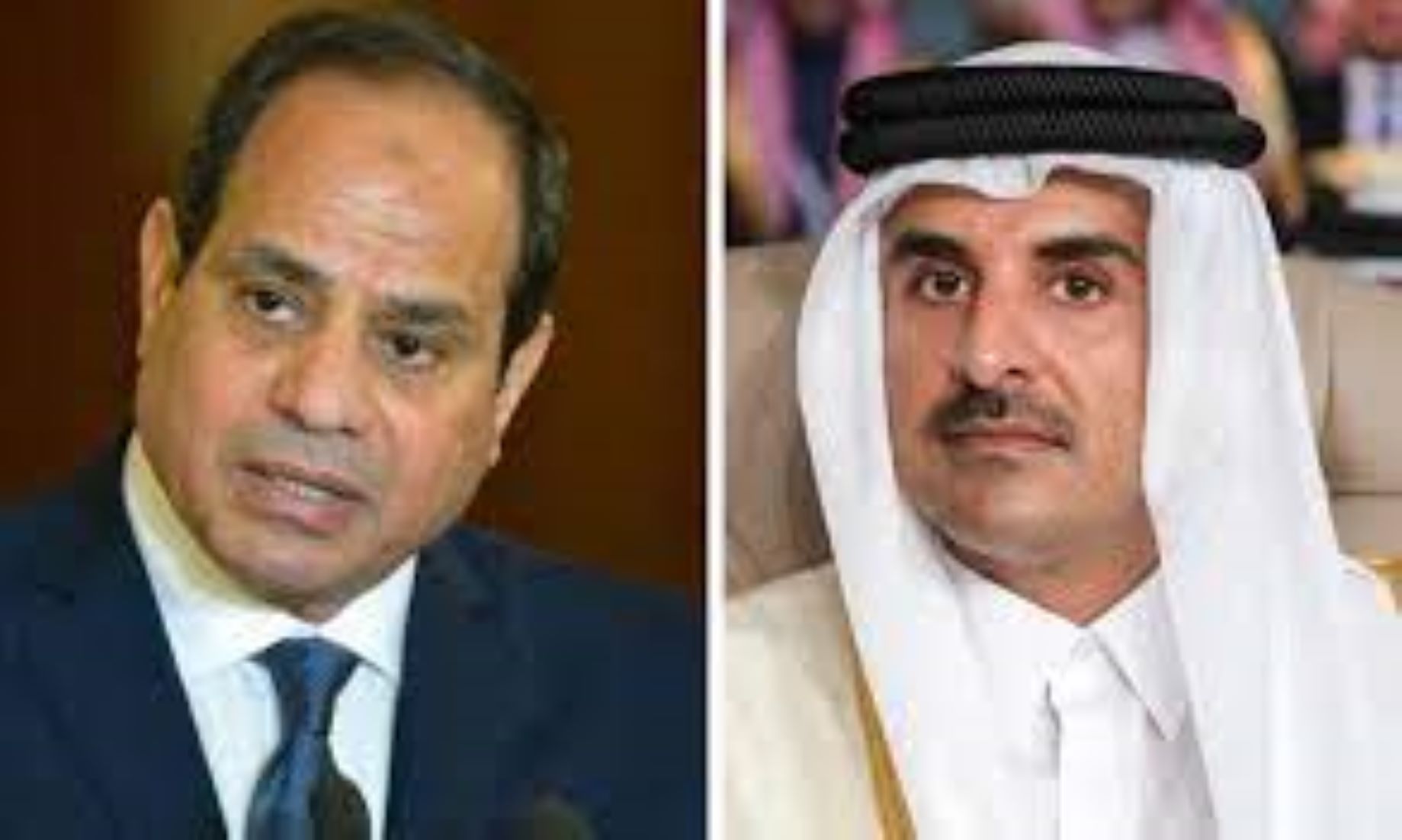 In their phone conversation, the Qatari Emir expressed appreciation for Egypt’s latest success, in mediating a cease-fire between the Palestinians and Israelis in the Gaza Strip, calling it, part of the country’s efforts to strengthen regional peace and security, according to the statement.

He also expressed Qatar’s keenness to build on current cooperation between the two countries, to open new horizons.

For his part, Sisi stressed the close ties that bring together the two countries within the framework of Arab solidarity.

The two leaders also agreed to push forward the mechanisms of mutual consultation and coordination on all issues to safeguard security in the Arab world.

In the three-day Israeli airstrikes on Gaza that ended on Sunday in an Egypt-brokered truce, at least 44 Palestinians, including 15 children and four women, were killed, and more than 360 injured.

In June, the Qatari emir visited Egypt for the first time since Cairo and Doha ended their over three-year-long diplomatic rift early last year.

In January 2021, the Arab quartet of Egypt, Saudi Arabia, the United Arab Emirates and Bahrain signed the Al-Ula Declaration with Qatar, ending their all-around boycott of Doha since mid-2017.

Iranians Rally In Support Of Palestine, Against Israeli Bombing On Gaza